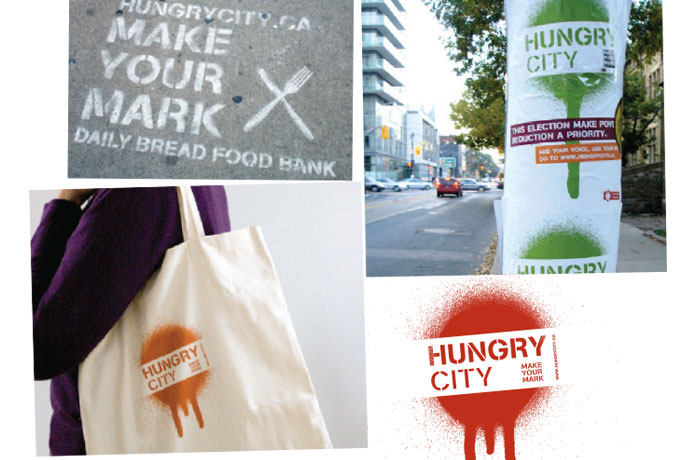 To take its message of fighting hunger to the streets and influence the passing of legislation to protect children from poverty, the Daily Bread Food Bank needed a full communications strategy and advocacy campaign that would create curiosity and engage individuals to petition for anti-poverty legislation.

The campaign’s bright colour palette and spray-painted style are a highly visible call-out that engages citizens in the campaign. Advertising, a website, web banners, bus designs, sidewalk chalking, posters, buttons, bags and collateral all helped to spread the word. The campaign garnered public and media attention prior to a provincial election. More than 15,000 signatures and pledges were gathered in support of the anti-poverty movement. Pivot’s work with the Daily Bread Food Bank is credited with influencing the passing of the Child Poverty Bill in 2007.