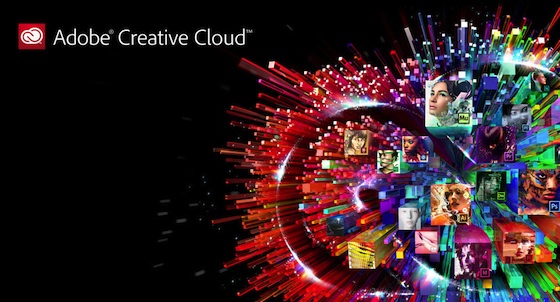 Adobe recently announced a significant shift whereby the company's products/software will be available exclusively through the subscription-based Creative Cloud (CC), officially replacing the Creative Suite (CS) line, which ends with CS6. To gauge the reaction of the design community, we asked RGDs to share their opinions on Adobe's new model.

Creative Cloud subscriptions are available for new users for $50/month based on annual membership. For some, the initial price and the potential for increasing costs after the first year overshadow the advantages of the Cloud.

"The big change from our perspective, is the upgrade is now mandatory and continuous," says Cathy Ledden RGD, Communications Designer, Ledden Design. "We don't always upgrade every year, usually every few years, which saves us money. The question that each creative needs to assess for themselves is whether $600 per year for the Creative Suite Master Collection is worth it."

Gilbert Li RGD, Creative Director of The Office of Gilbert Li, agrees with Cathy but adds that the value/cost you attach to the new model depends largely on your individual needs. "Prior to CS6, our studio was a typical user of the CS design package. The idea of ongoing subscription costs would not have made financial sense," he explains. "Over the last few years, however, our projects have grown to encompass tablet publications, websites and motion. Our toolset has grown to include things like Digital Publishing Suite, TypeKit, After Effects, etc., making the subscription pricing much more attractive."

"I see the most benefit for those who previously used the 'MasterCollection' CS, and always upgraded to the latest version. These users should see a cost savings," says Adam Antoszek-Rallo RGD, Creative Director at Catalyst Workshop. "I can't speak for other studios, but at Catalyst, most of our work stations are only equipped with the less expensive,'Design' CS, and we were in the habit of skipping every second major upgrade. Regardless of how much or how little we use the software, Adobe's new model  represents an amortized cost increase for us."

At Brent Long RGD's firm, Fusion Design Group, the subscription model makes more financial sense. "As a monthly expense, it's much easier to swallow versus the larger upgrade cost per designer that would happen when major upgrades were released."

For Russell Gibbs RGD, Principal at Russell Gibbs Design, the new model is a more convenient way to deal with a costly element of running his business. "When I went out on my own, the biggest cost associated with running my business was equipment and software. When I broke down the cost and the fact that upgrades are included as long as you're a CC member, I was sold. It's seamless, effortless and makes sense," Russell says. "I think the price is reasonable, but if things start to creep up....we'll see."

"When you purchase Adobe software, it has only ever been a license. The new pricing and subscription model is sure to meet resistance and may prevent some from upgrading," says Lionel Gadoury RGD, Creative Director at Context Creative. "Adobe CS is a cornerstone of our industry and a cost of doing business; the market will decide how much is too much to charge."

Financial concerns aside, designers are also reacting to the Cloud's practical applications.

For some, initial concerns have been put to rest following further research. "At first I did not support the idea of working from a cloud, thinking there would be too much data transfer for a company like Forge, but upon further investigation I came across this link: http://terrywhite.com/5-myths-about-adobe-creative-cloud/, and realized that most of my fears are not valid," says Stüssy Tschudin RGD, Managing Partner at Forge Media + Design.

At his new and growing firm, John Furneaux RGD, Principal at Projektor, sees a major advantage in the convenience of the new model. "While the subscription model might not work for everyone, I am a big supporter of subscription based "cloud" software," he says. "We already use Adobe Creative Cloud as it enables us to access updated software and ensures all team members are using the same version."

Brent also appreciates the ease of upgrading. "We simply get notifications of upgrades, big or small. We download and we move on, so we're always operating with the most recent version."

Designers also cite flexibility as a major advantage of the Cloud. "If you only need one or two of the applications you can pay for them at a discounted rate. If you're averse to working in the cloud, you have the option to ignore all of the new features and keep using the software on your computer as you always did. It's business as usual," says Frank Chartrand RGD, Founder of Bureau.

But the transition will not be easy across the board. Creative Director for Interbrand Canada, Scott Christie RGD points out some significant challenges associated with CC's initial implementation. "From an Interbrand point of view it may require an IT reconfiguration—not an easy task," he says. "This new CC system will cause delays and could  be cost prohibitive for a company as large as ours."

In-house design departments that deal with sensitive information could also face unique challenges. Daniel Furlong RGD, Senior Graphic Designer at Blake, Cassels & Graydon LLP, has concerns about security. "I lead a team of in-house designers in a large law firm - our IT group is worried about the security risks presented by the Creative Cloud and cloud services in general," he says. "This may not be of concern to designers in agency environments but for us, when it is time to upgrade, there will be significant challenges to overcome."

Implications for the Industry

"I think the individuals that will suffer most from this change are graduates who have not yet secured a job in the industry, out of work designers and people looking to make a career change into design," says Daniel. "A lot of these individuals most likely cannot afford to purchase a new version of the software...I’m not saying Adobe should tolerate piracy, but I think Adobe owes it to the design community to make their software more accessible to individuals in this situation, not the other way around."

Frank disagrees and sees the subscription model as a step toward a more affordable setup. "When you break down the costs, it's actually going to be cheaper to keep your software up to date. This is especially true for students, who will benefit most from the change. It has never been more affordable for them to access all of Adobe's software."

Depending on your individual needs, your position within the industry, the kinds of work you are doing, and a host of other factors, Adobe's change from Suite to Cloud mean different things to different designers. For Brent, it represents a positive shift. "This is a forced change, by a software developer that has a monopoly on our industry, but I think that this product will make our lives easier. More is better!"

Tony Jurgilas RGD, Partner at 50 Carleton, also sees change as a good thing. "I'm from the ruling pen/rubber cement era and saw much resistance when the first Macs revolutionized our industry," he recalls. "The new CC environment is brilliant, exciting and transformational. Bring it on."

For more information on the shift to Adobe Creative Cloud, visit http://www.adobe.com/ca/products/creativecloud.html

To add your thoughts on the change and continue the discussion, join RGD's LinkedIn Group.