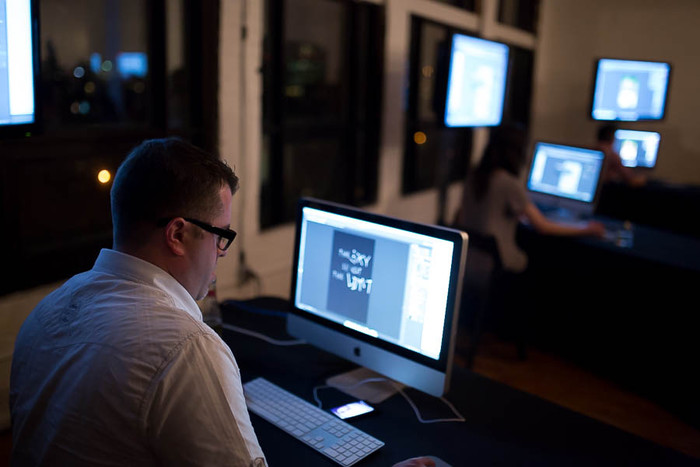 Following day one of the DesignThinkers Conference, delegates gathered at The Burroughs for drinks and hors d'oeuvres to socialize and discuss the day's events while enjoying an exciting, fast-paced design competition sponsored by Shutterstock.