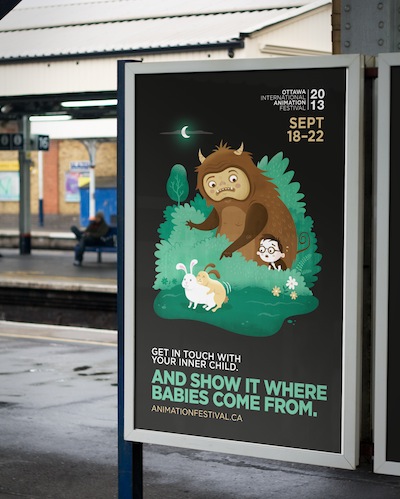 Every year, the Ottawa International Animation Festival works with McMillan to create an advertising campaign for this annual event. The campaign includes a series of posters, a transit bus ad, online banner ads and a few short videos, the posters being the primary marketing collateral.