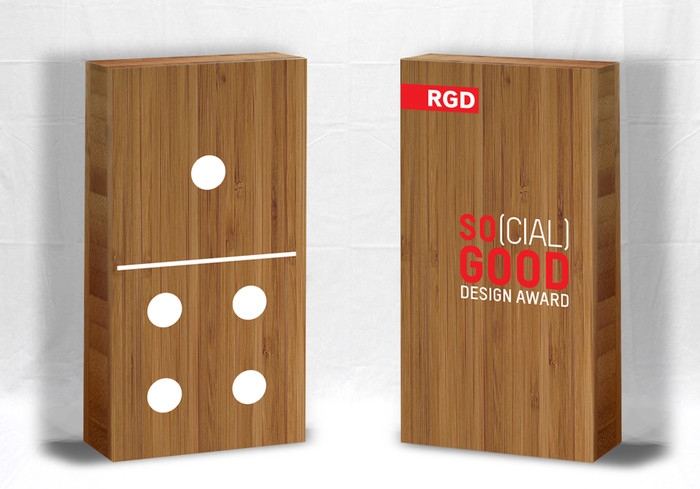 In 2014, communication design for social good is being celebrated in more ways than ever. For the first time, winners of the So Good Design Awards will receive a physical award created by Forge Media + Design and have their winning entries showcased in an exhibit at Toronto's Pearson International Airport.

"We realized that the designers who are recognized by the So Good Awards deserve a physical reminder of their achievement," says Stussy Tschudin RGD, Principal at Forge. "The award itself is made from bamboo, a socially responsible and sustainable material, to embody the idea of 'good' design."

In addition to receiving the Award, So Good winners are showcased in a printed catalogue and in an exhibit at Canada's largest and busiest airport from October to November of this year.

Divided into categories based on project type, this year's entries will be evaluated by four different judging panels comprised of experienced professionals who are experts in their field. Click here to see our confirmed list of judges so far.

About the So(cial) Good Design Awards

Each year, RGD invites designers from all over the world to submit graphic design projects created under the theme of social good; work with the power to incite action and make meaningful change in the way we live our lives. So Good gives voice to the impact of design work and our industry's ability to positively influence the way people think and act. Enter now!