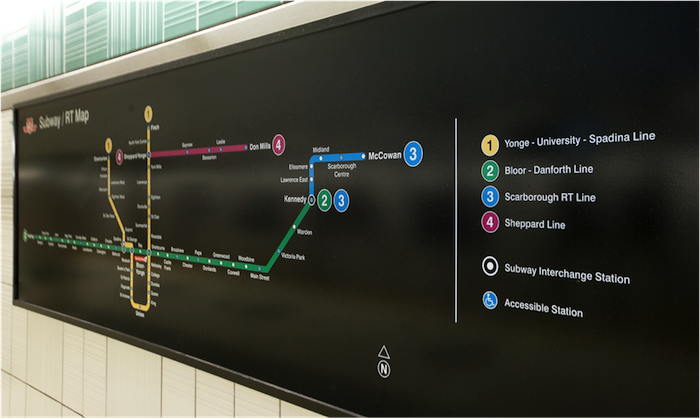 In 2013, TTC introduced a five-year “Corporate Plan and Customer Charter”, which involves upgrades to equipment, processes and culture within TTC, with the customer at the centre of the organization. As part of that plan, one of the first steps was the development of a new Signage Manual to standardize and improve signage and wayfinding throughout the system.