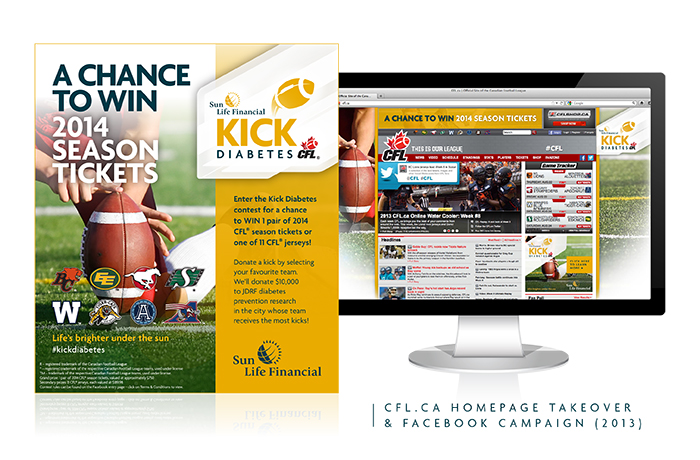 This campaign is a philanthropic partnership between three organizations: Sun Life Financial (SLF), the Canadian Football League (CFL) and the Juvenile Diabetes Research Foundation (JDRF). As a graphic designer in the SLF corporate marketing and communications department, I was approached by management to work with our sponsorship team on a new branding effort to support our company’s fight against diabetes. The campaign would be called ‘Kick Diabetes’ – appropriately titled considering one of our biggest sponsorship partners is the CFL.