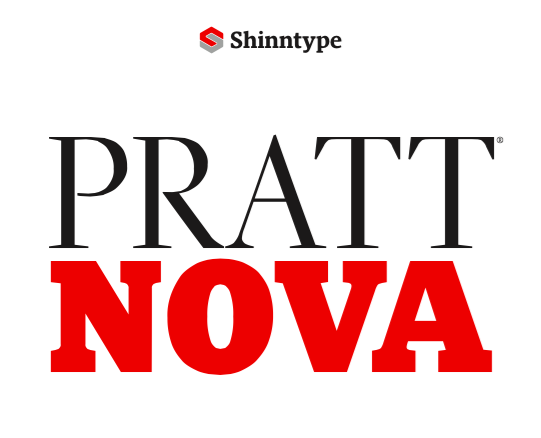 Pratt Nova is a large type family commissioned for The Globe and Mail’s 2010 redesign. The fonts, designed by Nick Shinn RGD, have just been released for general use.