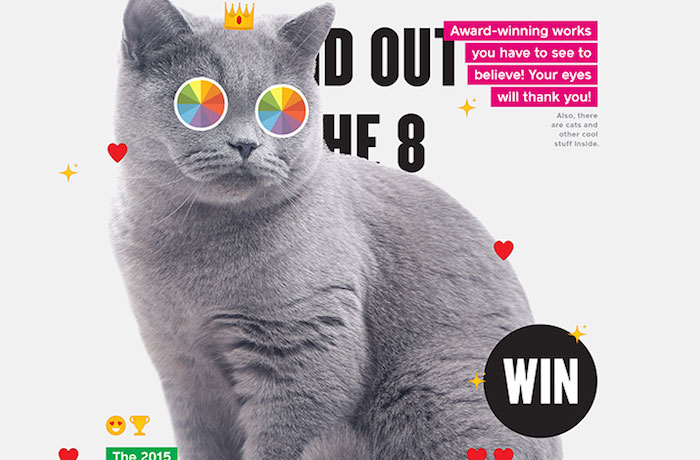 Graphic from the July/August issue of Applied Arts magazine, designed by the team at Jacknife.

Check out what RGD Members have been up to the last month!

Michael Kelar RGD, Michael Richardson RGD, and their team at Jacknife Inc guest art directed the latest issue of Applied Arts and were featured on It's All Style To Me on June 23 with a behind the scenes video of a photoshoot they did for Square One.

Claire Dawson RGD and Fidel Pena RGD and their team at Underline Studio has completed branding for Counter Tax Lawyers. Check out the new logo on Instagram here.

Sandra Di Leo RGD and the team at CINDERBLOC Inc. completed a rebranding for Boss Supplements. Check it out here.

Carey George RGD and his team at Goods & Service Branding wrote, designed and developed the new website for Handsome Brut.

Destiny Kieffer RGD was featured in The Post for her collaboration with local student Simon Blakeney on a new logo for Launch Pad youth activity and technology centre.

Gilbert Li RGD and His Office has had two of the books they designed make Canadian Art's summer reading list.

Stüssy Tschudin RGD and Greg Neely RGD their team at Forge Media + Design was chosen by First Gulf to design the wayfinding and placemaking experience for the new Globe and Mail headquarters.

TAXI was recognized in the 2015 Applied Arts Design Awards Annual for their design for the 2014 DesignThinkers conference.