2015 DesignThinker of the Year Award: Call for Nominations 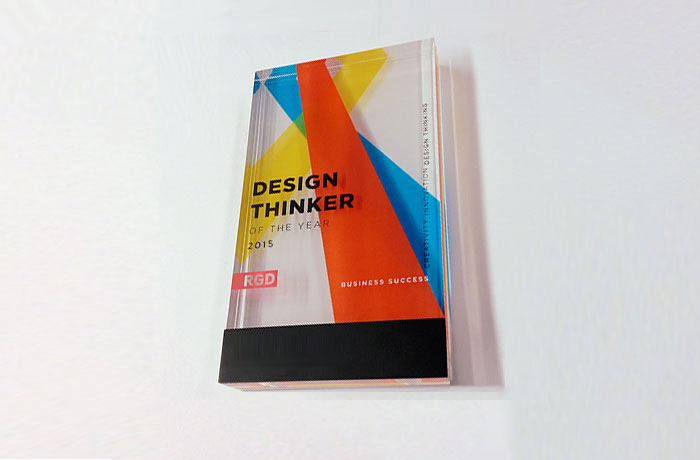 RGD and the Rotman School of Management are inviting designers of all disciplines and individuals to submit nominations for Canada’s 2015 DesignThinker of the Year Award. Nomination deadline is July 20, 2015.

Each year, this one-of-a-kind Award honours a Canadian corporate leader whose respect for and utilization of design and innovation drives business success within their organization. The 2015 DesignThinker of the Year will join the ranks of Mountain Equipment Co-op CEO David Labistour, who received the inaugural award in 2013, and Harry Rosen CEO Larry Rosen, who was the 2014 recipient.

The DesignThinker of the Year Award will be presented before an audience of 1,200+ at DesignThinkers 2015 – Canada’s largest conference for visual communicators – taking place November 12 & 13 at The Sony Centre in Toronto. The recipient will receive a trophy designed by Entro Communications and be profiled in Rotman Management magazine, distributed to 13,000.

• Nominees must be corporate leaders who work for companies, organizations or institutions based in Canada

The following items must be submitted:

(1) Answer to the question: "Why do you think this nominee should be recognized as the 2015 DesignThinker of the Year?"
(2) Answer(s) to one or more questions outlined in the nomination form
(3) A selection of 3 visuals that support the nominee's effective use of design

The nominator whose nominee is selected as recipient of the Award will receive 5 free registrations to DesignThinkers 2015 (valued at $3,000).

Quality/Relevance: Client influence on the quality and coherence of submitted work
Commitment: Sustained commitment to and regular client of design
Respect: Client respect and confidence in the work of designers
Strategy: Client use of design to drive innovation

Click HERE to submit a nomination for the 2015 DesignThinker of the Year. Nomination deadline is July 20. Entries will be reviewed in August and finalists announced in September.

Questions? Email  For more information on this program and past recipients, click here.