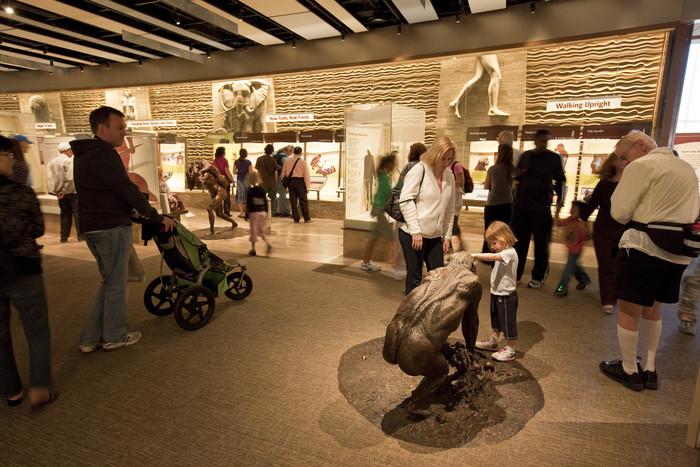 Mounting evidence and extensive research at the Smithsonian National Museum of Natural History (NMNH) linked human adaptation to the earth's environmental changes. In 2007, NMNH decided that it was time to share this knowledge and engaged our team to design a new exhibit. The Hall of Human Origins is a 15,000 sq ft (1,400 m2) permanent exhibit about Human Evolution and was completed in 2010.