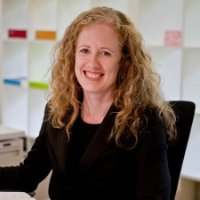 Canada Falls Short On The Global Design Stage. It's Time To Make This Country Matter Again

Last fall, at an ADCC event in Toronto, Pablo Juncadella was asked what he thought about graphic design in Canada. His reply was simply, “Sorry, I don’t know any Canadian design firms or their work.”

Juncadella is a partner in the esteemed design firm Mucho, and arguably among the world’s best in the field. He is intelligent, fiercely passionate about design, and highly knowledgeable about it. Mucho has offices around the world. Yet Juncadella knows nothing about Canadian design. And who can blame him? The quality of Canadian graphic design has a long way to go to catch the eyes of the world’s design leaders. The painful truth is that Canadian work is not coming close to competing at a global level.

The esteemed D&AD awards, arguably the top design honours in the world, awarded only five graphic design pieces created by Canadians in 2014. To make matters worse, only one of these pieces was awarded to an actual graphic design firm. The other winners? A newspaper, two ad agencies and a digital production/design agency.

Last year was hardly unusual. We receive, on average, between three to five nods from the D&AD each year. In Graphis, Creative Review, and among countless other global awards, it’s the same story — a sparse, disappointing collection of graphic design entries from Canada.

I’m not suggesting that awards alone should judge quality of work. But I’d argue that these results represent a fair assessment of our work. So why is Canadian design consistently coming up short?

I’ve heard it said that design scenes in places such as London and New York have such a rich history of graphic design, that their dynamic and strong design communities have been built over decades, even centuries.

That may be true. But a survey of our own history reveals a wealth of iconic Canadian design, especially around a half-century ago when our design heroes were indeed a global force. The incredible work of Burton Kramer, Hans Kleefeld, Alan Fleming, Fritz Gottschalk and Stuart Ash, among others, remains as inspiring today as it was then.

Some say that there just aren’t enough of us — too few clients, good jobs, designers, etc. — simply because our population is only a fraction of the U.S. or the U.K. But Australia has a population of just 23 million people, roughly two-thirds of Canada’s population, and it’s had no problem churning out some phenomenal, highly acclaimed work. (Seven graphic design pieces and 36 pieces overall in the 2014 D&AD). Nor can the “size matters” argument alone explain why Toronto (pop. 2.8 million) is so utterly outclassed by the vibrant design scene in Barcelona (pop. 1.6 million). It is indeed true that we don’t have as many clients as other places around the world. It is even more frustratingly true that of the clients we do have, too few place a real value on design.

Meanwhile, Canada is indeed turning out some great design talent, which is the good news. The bad news is a lot of it is flocking to design meccas across the border. And yet there are many smaller countries that seem to have no trouble holding onto homegrown talent. There’s no reason that can’t be the case here; I’ve lost count of the number of new Canadian firms that seem to spring up daily. Despite this, there’s a feeling among young designers that there are too few places to work, and more importantly, do quality work.

There are no easy fixes, but we as designers need to look harder to find opportunities to do better and more progressive design. For instance, there are eager start-ups, worthy non-profits and inspiring galleries in Canada, many of which are happy to take some risks and give designers creative licence. Admittedly, it’s not often lucrative work, but designers would do well to take on a few of these clients, if only for the chance to do something truly groundbreaking.

We need to start heeding that ache we all have, the one that says, “I wish I’d done that.” I fear we’ve become soft and safe, complacent and far too fair. It’s now time for Canadian design to be more, well, un-Canadian. Time to rediscover our competitive edge, the drive to do better, the imperative to demand more of ourselves.

Fixing the problem isn’t easy work, and there’s a lot to do. Perhaps some of this work is talking about why this is happening, and yes, some outside help wouldn’t hurt. But it still falls to us to be part of the solution, to be better. We need to find that drive to create work that is truly worldclass, and to make people like Pablo Juncadella take note.