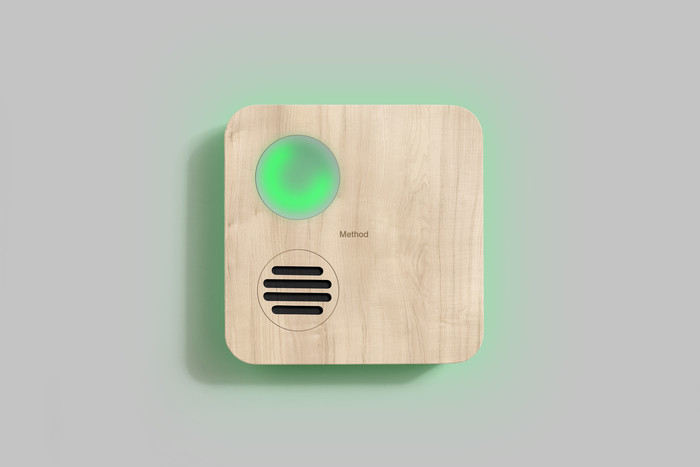 On February 10, 2015, Method hosted a workshop for the IxDA15 Conference at our San Francisco studio. We were challenged as a group to design a workshop that breaks the boundaries of traditional conference workshops while pushing the attendees to expand their thinking beyond typical workplace processes. After initial brainstorming, it was clear we could use this opportunity to solve a set of problems and roadblocks that have inhibited us from designing non-screen based products in our own practice. 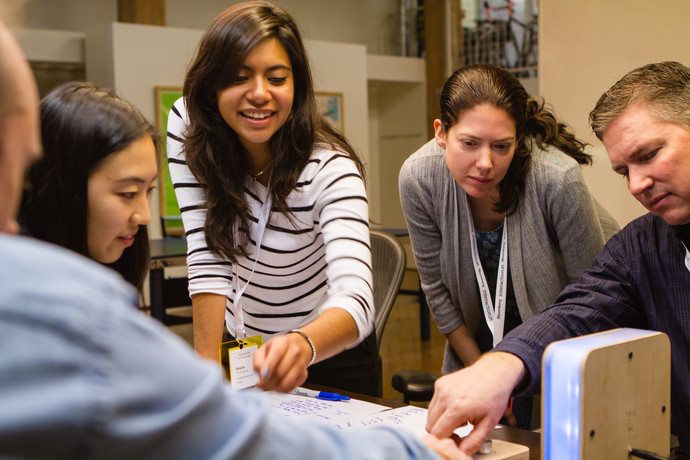 IxDA was founded in 2003 and incorporated as a not-for-profit in late 2005. The organization believes that the human condition is increasingly challenged by poor experiences and IxDA is committed to improving these experiences by advancing the discipline of Interaction Design. IxDA relies on individual initiative, contribution, sharing and self-organization as the primary means to achieve their goals. The IxDA network actively focuses on understanding and addressing interaction design issues for all practitioners, at all levels of experience. 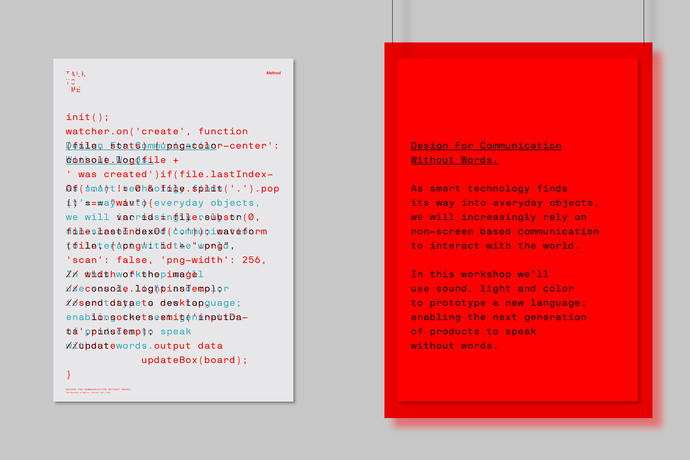 Individuals in our office often tinker on the side with issues they see in their daily practice. One of our designers, Daniel Nacamuli, had previously explored tools that shorten the distance between making, experiencing and reflecting in the design process. We used these explorations as a springboard for this project. In that sense, this project is a continuation of existing ideas, but one that requires further experimentation and development in the context of IxDA's workshop objectives. 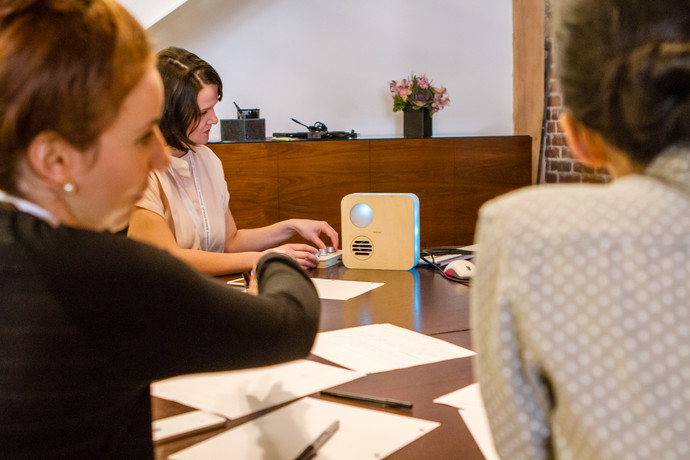 The team began by brainstorming ideas on workshops: what is exciting? what is relevant? what is innovative? what hasn’t worked in the past? Working through these questions helped the team think outside of the box. We referenced our own experiences at workshops to help build a do’s and don’ts list. We didn’t want the workshop to be an IxD101 course, or something that could be read in a book. Instead we wanted to challenge the attendees and explore areas of the field that the participants might not have previously explored. This was a massive challenge because of the diversity of our audience, but it really pushed us to think about interaction design’s influence at a much deeper level.

We used existing knowledge of technology, interaction design and prototyping to systematically build, test and iterate until we landed on a design that would allow us to host a great workshop and invent a new tool at the same time.

Henri (Hardware Enhancing a Natural Responsive Interface) is a tool created for the IxDA15 workshop that allows any designer a mechanism to tighten the design process loop, creates languages for objects and removes the noise of interactions.

The tool didn’t exist prior to the workshop. This is the first version we’ve built, and it was built specifically for this event. The workshop had a hard timeframe of four hours, so the experience and the tool itself had to be approachable with a low-barrier entry. The final design of the workshop took six teams of six people and assigned them an ordinary object. Each team was given a fully functioning Henri and instructions on three behaviors that they had to give their household object, building an exciting narrative story to be presented to the entire group at the end of the workshop. 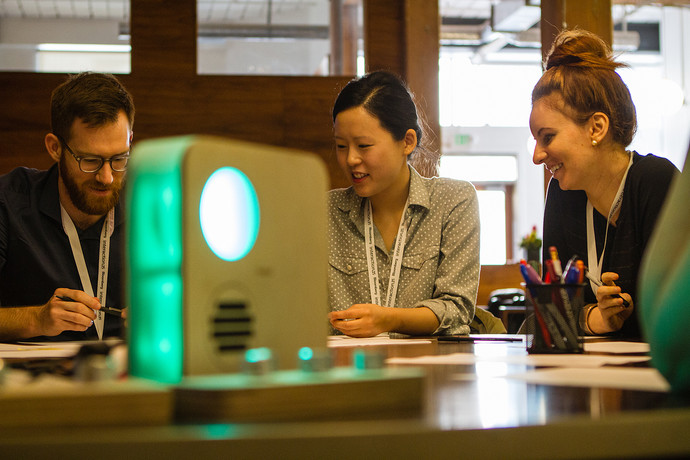 Because the project involved the creation of a new tool to help improve the process and techniques of design, the execution involved elements of total experimentation and building on knowledge the team already possessed in order to avoid dead ends. We had skilled coders, builders, designers and writers on the team who would collaborate daily to troubleshoot and analyze each version of Henri. 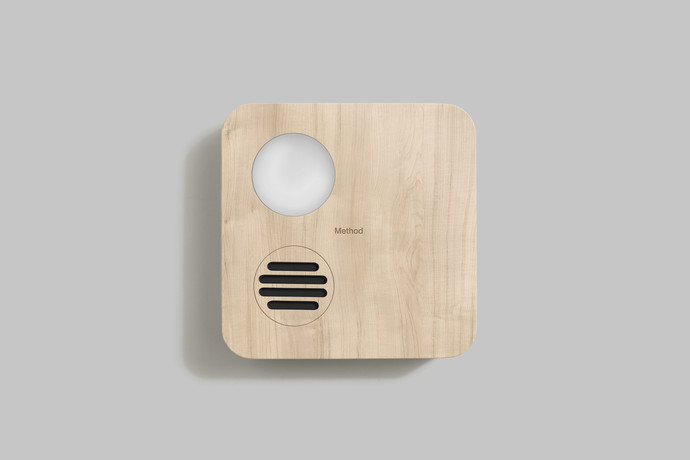 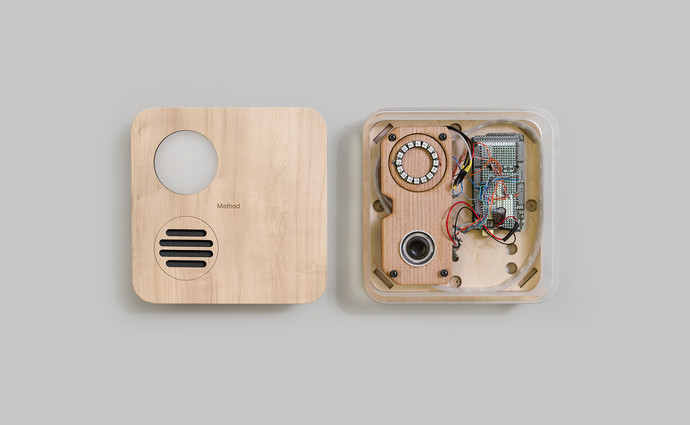 We had about 3 weeks to complete the project from start to finish. The hard deadline of the conference workshop prohibited any delays. This was a blessing and a curse. We were forced to make quick decisions and commit to design and technology much faster than is typical in our working process, but the short timeline also enabled an experimental consciousness that pushed us into avenues we might have talked ourselves out of, had we been given more time to reflect.

Because this project was not for a paying client, the team had to be very mindful of everything we spent. We navigated this constraint by spending more time physically making the project ourselves, because the money simply wasn’t there to outsource any work. 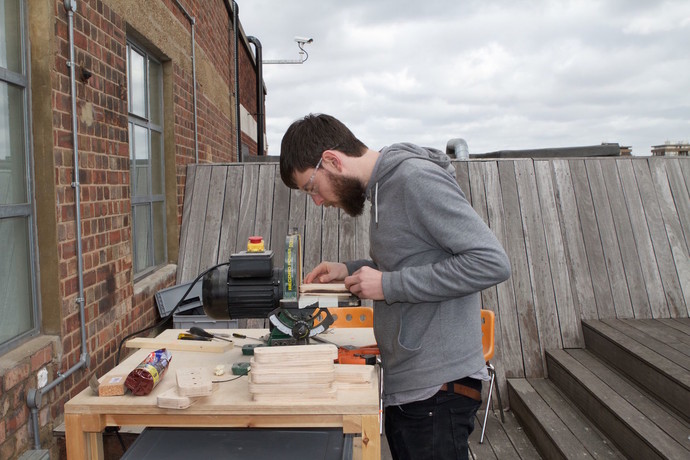 There was little precedent for what we were trying to do with Henri. One of the biggest challenges was that we didn’t have a specific client. We were designing for workshop participants, meaning we couldn’t communicate with the people who would be using the product prior to the event. As such, we approached the design from the perspective of the event itself, rather than working towards creating a deliverable or launching an end product. The product had to be completed, but we also had to design a 4-hour experience that was engaging and new. Those challenges were in addition to the complexities of designing and building a working product!

We had a regroup session at the end of the workshop where we discussed the experience with the participants to get direct feedback. We also received follow-up communication from them via email, which is how we measured the success of the project. We received positive responses, requests for additional corporate workshops and requests for access to Henri and the software. We also saw increased website traffic and social media engagement, as well as mentions in the press: 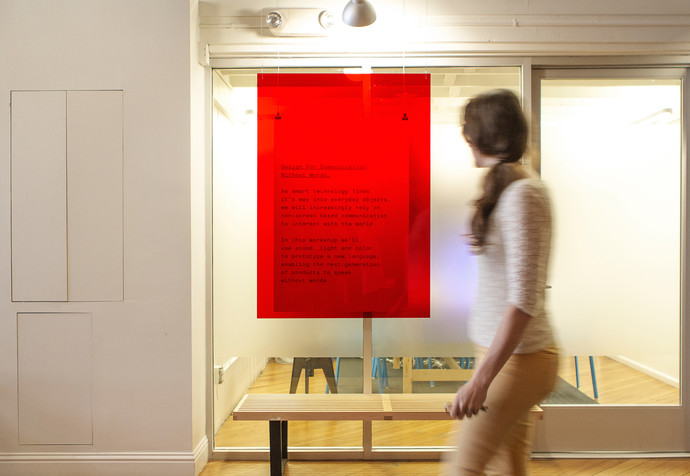 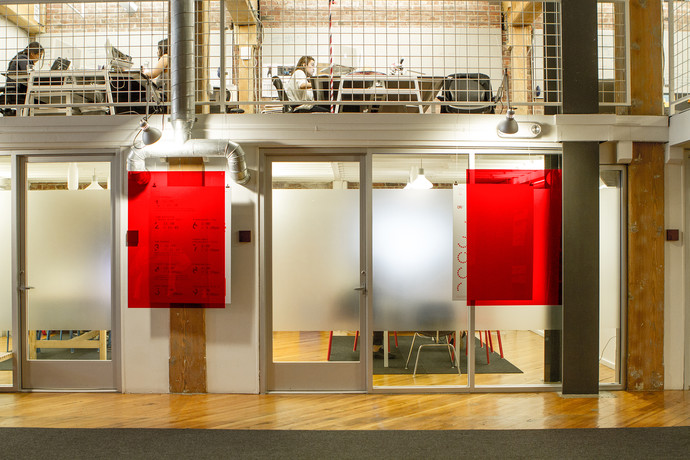 Physical prototyping is key to success when creating an artifact. It's also essential to run tests with people to see how they interact with what you've created. Last but not least, make your creation look beautiful to help create connection with your audience. 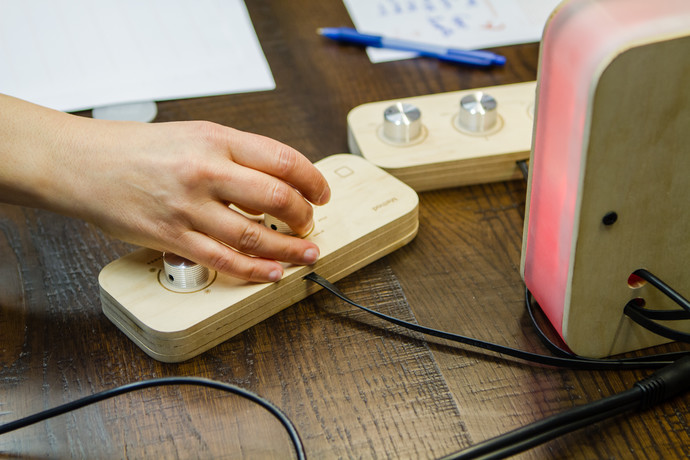