Canadian designers weigh in on the Tokyo Olympics Logo Contest 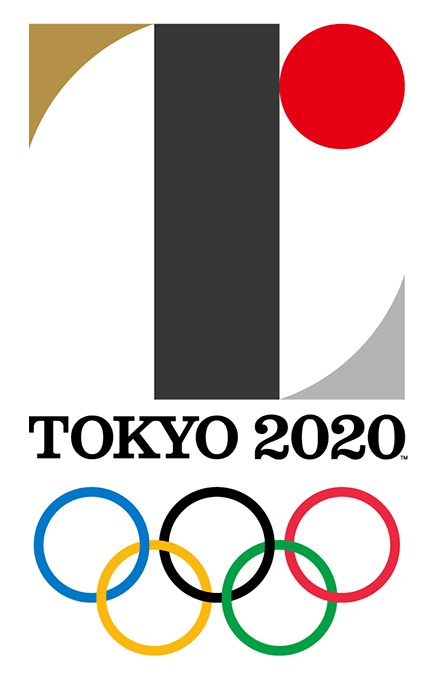 The original logo was the winner of a design competition with entries limited to designers who had won at least two of seven designated awards, but has been dropped due to allegations of plagiarism.

“Last time, we placed too much importance on design expertise and qualifications. The judges were also designers… So it was not open to enough people and we need to do that for people to get behind the logo. We want more people to be involved and that is the biggest point.”

Canadian designers have shared their thoughts on this contest, the issue of spec work and how this type of situation could be handled more effectively:

Julian Brown RGD, On The Chase (and RGD's VP of Ethics)

"It's interesting that the organization's solution to a problem that came out of a logo design contest is to run a bigger, wider contest including less-qualified designers. If this competition were put into the context of another profession, such as accounting, Nunomura's statement would seem ridiculous: 'Last time, we placed too much importance on accounting expertise and qualifications. The judges were also accountants… So it was not open to enough people and we need to do that for people to get behind the annual report. We want more people to be involved and that is the biggest point.’

Design as a profession will never be seen in the same professional context unless we are the ones who push to get there. In Canada, organizations like RGD help our industry speak up when high-profile spec practices rear their ugly heads. There is never a better time to demonstrate the value of design than when the whole world is watching—hopefully in Japan the design industry advocates to reclaim this valuable opportunity."

"To me, what is surprising is that Japanese officials are now thinking that they will somehow come up with a better mark, or at least one that is less risky in terms of trademarks, via crowd-sourcing. Randomness doesn't equal original, risk-free or design excellence. A better lesson would be to recognize that the design process must be as professionally rigorous as the intended usage demands it to be.

Furthermore, it should be recognized that designs based on circle and square relationships abound – they are classic, graphic, archetypes, sliced, diced and combined with letterforms since antiquity. I can imagine how the similarity between the two marks in question might be entirely coincidental. Beyond this, the issue becomes a communications and public relations concern and it seems to me that the officials might have handled the issue better by accepting that there is a strong similarity, but that wouldn't necessarily preclude them from moving forward.

It's unfortunate how the whole design profession takes a hit when stories like this arise. It will be interesting to see what comes out of the crowd-souring exercise and whether the process will be more rigorous when it comes to the vetting of any design before accepting and unveiling it. I would recommend more professionalism is required, not less, and that extends from the beginning to the end of any assignment."

"Simple + Meaningful = Memorable. I firmly believe this is the formula for creating an effective logo. It sounds easy but, as designers know, it's not. Mastering both simplicity and substance start with years of education and experience, from both school and the workplace. And becoming a professional graphic designer involves honing a variety of other talents, not the least of which are dogged energy, an open mind and a thick skin. As much as design contests want to be inclusive and democratic, I'm not sure the non-professionals who submit the bulk of entries have these essential qualifications."

Ben Hulse, Hulse & Durrell
"The perceived value of many creative fields has shifted a great deal. Design, photography, music, film, the list goes on. It is unfortunate that some very high profile organizations don’t see value in design expertise. On the other hand, if you look at industry, you could argue that design has never been more valued. For those who don’t see the value of design, it’s our job to prove why design matters — how it truly contributes to transforming organizations and realizing business goals. We need to speak not only the language of design, but the language of business. Great design can positively impact aesthetics, functionality, economics, culture and the environment. It’s our job to prove it.

Tokyo 2020 is a strange and extreme case. The first result was a design competition — and the second will be a design competition, now without designers. It’s quite simply unfortunate. An Olympic brand has tens of thousands of applications from hundreds of partners. From broadcast to merchandise to the city streets, the considerations are vast. The design team that signs up for the challenge, will have to retro-fit a logo developed in isolation into a comprehensive brand identity system that includes the graphic identity, pictograms, mascots, medals, torches and multiple sub-brands expressed through every medium imaginable. There will be hundreds of thousands of design applications and billions of impressions. In the long run, it’s almost certainly at a higher cost to the organization than a design competition. It will be harder to attract and retain the best talent and this talent will need to work harder to make the system work.

Going back to completion without support from the design community represents a missed opportunity to create a deeply considered and cohesive brand from the outset. Over the years, the perceived value of the brand will have a substantial impact on sponsorship and merchandise sales — two of the most important revenue streams for Olympic Games.

The London 2012 logo by Wolff Olins, was also surrounded by controversy — most discounting the logo as “bad” design. But when you consider the goals of that Games (to show a new, unexpected side of London and break away from cliche symbolism), the comprehensive graphic identity system, sub-brands and ease of application (the first completely contained Olympic logo in decades) — it was a remarkable solution. Unfortunately, because of the controversy, it appeared that the overarching brand was watered down and was not as expressive as originally intended. Even still, they didn’t change the logo."

Stussy Tschudin RGD, President of RGD:
This unfortunate situation highlights the need for continued education on the proper processes for working designers and ongoing advocacy by all designers on why crowd-sourcing and spec contests does not result in effective identity systems. For details on some of RGD's advocacy efforts, visit http://www.rgd.ca/about/advocacy.php . For examples of the design process as illustrated by RGD Members, visit http://www.rgd.ca/community/case-studies.php.

Join the conversation by adding your comments to the discussion on RGD's LinkedIn Page.