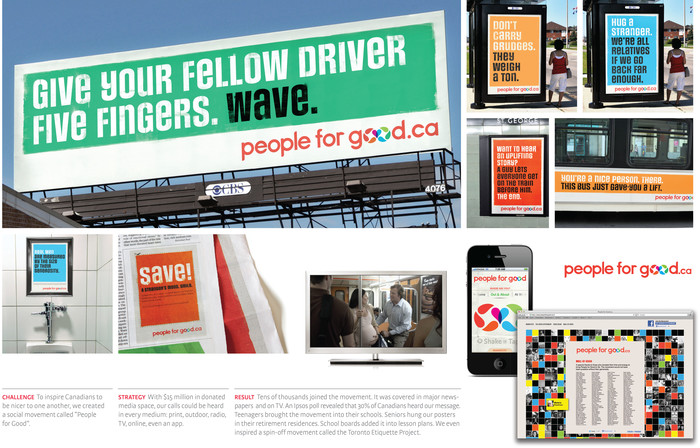 ‘People For Good’ is a social movement created to inspire Canadians to be nicer to one another.
Archive
Tags