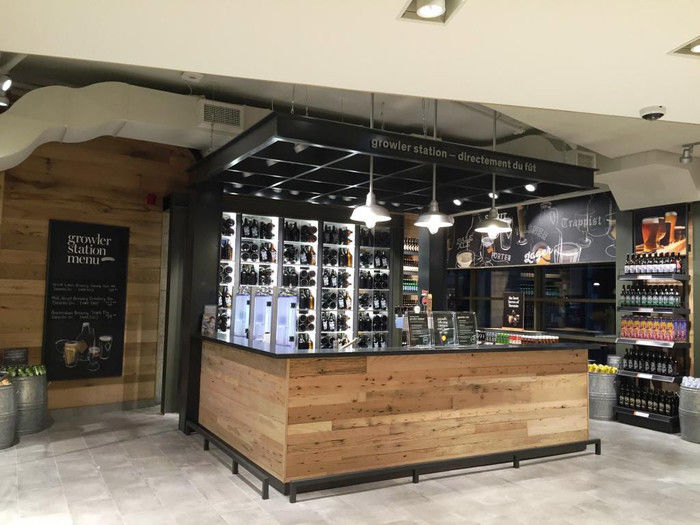 The LCBO developed a special section in one of its flagship stores in Toronto showcasing local and international craft beers, as part of the organization's business mandate. In addition to a wide selection of craft beers, the boutique features a tasting bar and a growler station where customers can purchase freshly-poured draft beer in over-sized, jug-style containers (growlers), as well as in cans or bottles.