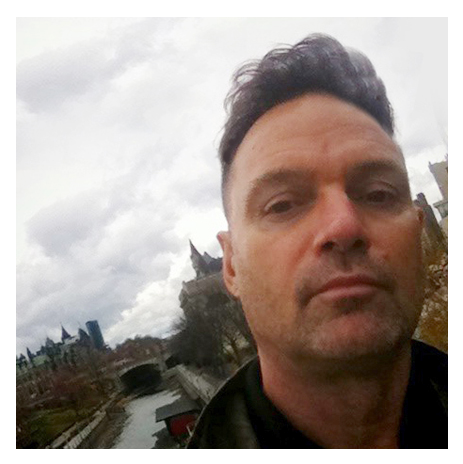 After careful consideration, the RGD Communications Committee has selected Ottawa-based designer Michael Zavacky RGD of McMillian to design the RGD Certification Sticker for 2017. The Sticker will be distributed to certified RGD Members across Canada to be added to their RGD Certificates and Membership cards, representing another year of commitment to professional standards, ethical conduct and industry best practices.

Michael ZEKE Zavacky RGD is an illustrator, graphic designer and artist living in Ottawa, Ontario. Michael has been involved in the graphic design indusrty since the mid-1980s. A Concordia University Fine Arts grad, he worked in commercial art studios in Montreal and Toronto before moving to Ottawa and becoming one of the founding members of the McMillan creative agency in 1996. Michael is an award-winning illustrator and has twice been chosen to design stamps for Canada Post. His illustration work and poster design have won numerous industry awards and attracted international attention. At McMillan, he has contributed to a variety of large re-brands of multi-national companies. A distant Slovak relative to the great Andy Warhol, Zavacky also has a silk screen studio where he produces printed posters and various art products.

"I am an RGD member because I value the support and fellowship that membership offers. Being involved in a group of professional people who share a passion for graphic design provides opportunity for growth and learning, especially with the various programs, forums and webinars made available to RDG members." - Michael Zavacky RGD

This initiative began in 2013 with a design from Mondor Design Associates in Kitchener, followed by the 2014 design from Jim Ryce Design & Direction in Toronto, the 2015 design from Design de Plume in Sudbury and the 2016 design from Goodall Integrated Design.

To explore other ways to contribute to RGD's upcoming and ongoing programs, fill out our online form and receive details on how you can get involved.