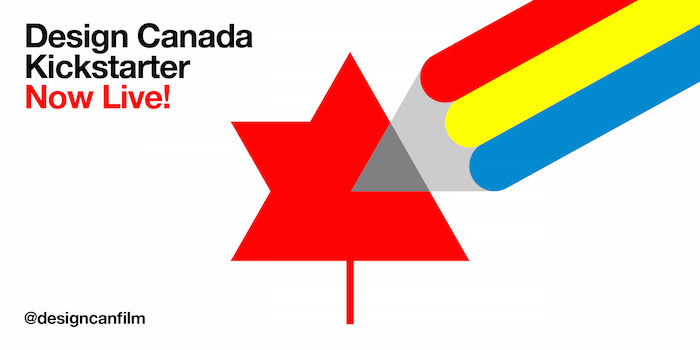 A Kickstarter campaign has been launched for 'Design Canada,' the first documentary chronicling the history of Canadian graphic design and how it shaped a nation and its people.

RGD is supporting the initiative with financial commitment and also providing tickets to DesignThinkers Vancouver among the benefits for funders. RGD will work with the film producers on screenings for Members across Ontario in the Fall including a special screening in Toronto.

Greg Durrell of Hulse&Durrell in Vancouver, Canada and Jessica Edwards and Gary Hustwit of Film First in Brooklyn, New York have teamed up to produce this documentary that will examine Canadian history through the lens of graphic design, detailing the creative processes and icons that defined generations and created a sense of unity at a time when the nation needed it most.

The film will include interviews with famous designers like Rolf Harder, Burton Kramer, and the late Massimo Vignelli, and feature the stories behind iconic symbols like Canada's Maple Leaf flag, the CN Rail logo, and the CBC logo.

To learn more about this Kickstarter, visit https://www.kickstarter.com/projects/1002969621/design-canada