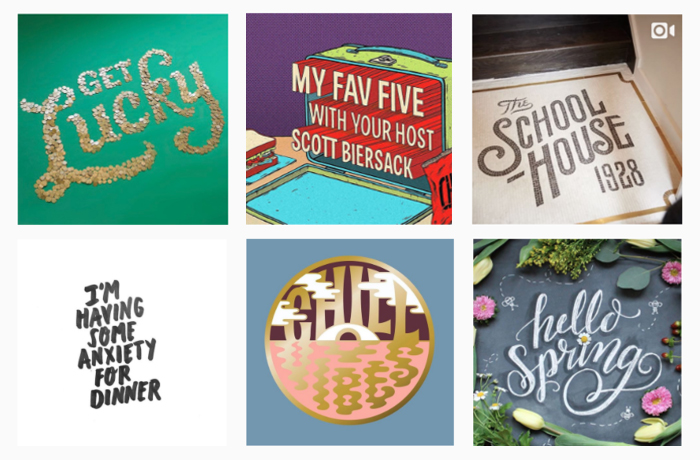 If you're the type of designer who likes to scroll through Instagram for creative inspiration, check out these accounts and add some beautiful lettering to your feed.