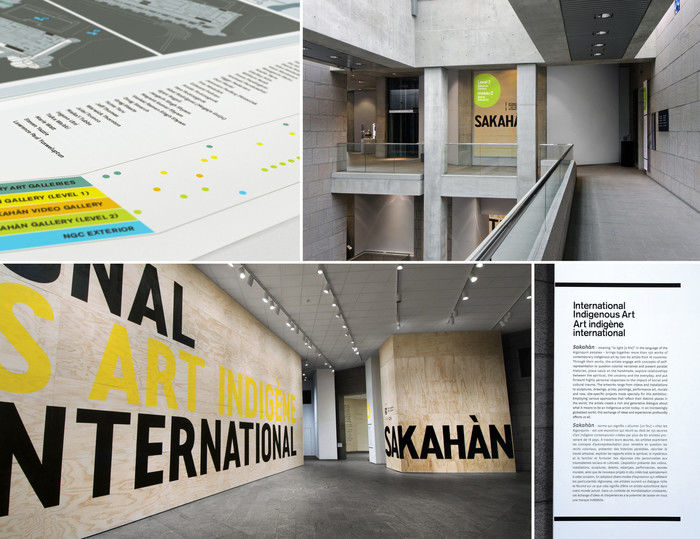 This project was brought to the design team as one of the most ambitious contemporary art exhibitions in the history of the National Gallery of Canada, at a time when the space was undergoing a large renovation project to change the main glazing in the Great Hall, a focal space that welcomes visitors and serves as site for gallery events. As such, one of our mandates was to make the transition seamless for the visitor as they entered the Great Hall and found the entrance to the exhibition, as well as making the construction disappear, from the outside and the inside.