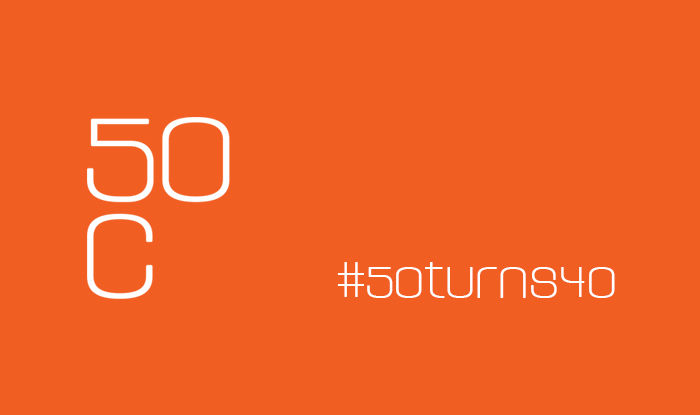 Sudbury-based design agency 50 Carleton celebrates its 40th year in business. Tony Jurgilas RGD takes us through a brief history of the agency and its accomplishments over the past 40 years...

In the late 1970s, two young and eager graphic designers (Réal Fortin and Karen Haynes) were holding down their respective day jobs while building a fledgling agency after five. The company was aptly called 5pm Designs and was originally located in a fringe residential area at 50 Carleton Street in Sudbury, Ontario. The 1930s-vintage house had character, charm, and a personality all its own… and so they chose to officially rename the agency after it in 1978 when a team of designers moved in.

In 1984, 50 Carleton was the earliest adopter in their market of the then new technology that was going to revolutionize the industry. Drawing tables, markers, mechanical pens, waxers, paste-up boards and a darkroom were replaced by the ground breaking 128K Mac 1 with keyboard and mouse input, a stunning 9” black and white built-in monitor that displayed a “user-friendly” graphical interface, and a 400K 3.5” floppy drive.

Eventually they outgrew the house and moved out just in time before it was expropriated and demolished to make way for increased traffic flow to the Kingsway. In 1987 they brought the operation to the downtown core and began growing their technology-based functionality.

Now at 143 Durham Street their offices are located in Sudbury’s first (1915) and one of only two remaining flat iron buildings. Since 50 Carleton took up occupancy they’ve undergone constant change… change that allows them to stay at the leading edge of the industry.

Throughout their history they have amassed the brain power of a team of skilled professionals with a wide knowledge base and diverse educational backgrounds, immersed in a creative atmosphere in which the exchange of ideas is energized by open communication. More than 150 people have propelled their careers through 50 Carleton’s “revolving” door.

Today, one of 50 Carleton’s principals is Tony Jurgilas RGD. Tony began his design career at 50C in 1983, left the agency to enter into a partnership in 1989, incorporated a private consultancy in 1996, and eventually returned to his roots by way of a merger in 2002. As he states, “50 Carleton is unabashedly the big brand strategy fish in our little pond. Fluid thinking, innovation, and results-driven creative have earned us an impressive track record. People often say to us, ‘You’ve been in this business so long, you must have seen it all,’ to which we promptly reply, ‘Not yet.’ Every day brings new challenges that require exploring new solutions.”