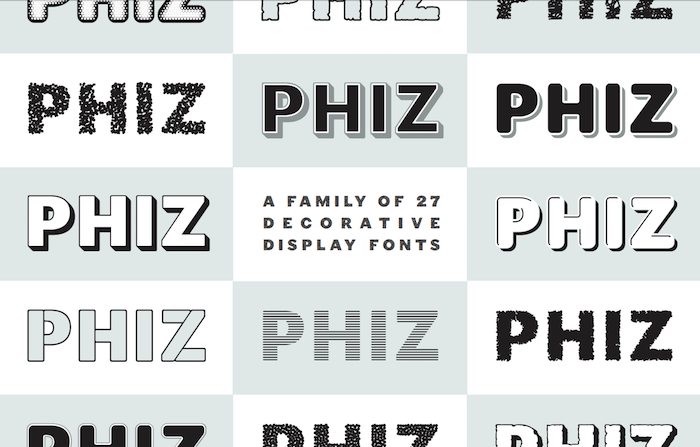 On the occasion of Shinntype’s 20th anniversary and the 10th anniversary of its influential Modern Suite, we are pleased to present Nick Shinn RGD’s latest typeface design: Phiz—a diverse collection of 27 decorative inventions, all based on one of the Modern Suite fonts, Figgins Sans Extra Bold.