From Grad to Gig: Laying the Foundation 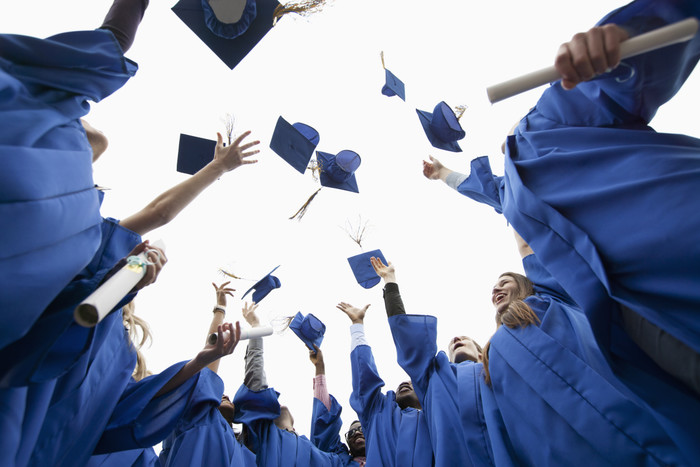 With insights from Creative Directions, this series aims to help new graduates navigate this transition and move from student to staff.

Throughout design school, you likely thought about the career you wanted after you finished. Now, as graduation nears, you might be honing in on your vision even more. In the first instalment of this series, we'll be diving into five key points to remember as you take your first post-grad steps in your design journey.

Point 1: Remember what you bring to the table. The comparison game is futile.

Everyone plays into the comparison game, but it's important to recognize that your skills and talents are special. You might be jealous of someone for their lettering capabilities, but chances are, they've spent ages working on those skills. At the end of the day, you're going to be amazing, and people will be comparing themselves to you for the things that you've spent the most time on.

Point 2: Remember to have an open mind about your first post-grad job.

— Sara Wong Prov. RGD, Designer at The Office of Gilbert Li in Toronto

Point 3: Remember that your social media reflects your seriousness about the industry.

“Instagram was really the deciding factor in the last three people that we've hired. If we haven't seen someone in a month or two since their interview, it's a great way to check to see if they are continuing to develop their skills and if they have an active interest in design.”

Point 4: Remember that your interests in school don't have to dictate what you do post-grad.

“Who you were as a student is going to change after you graduate. I realized that I wanted to go the more illustration designer route versus being the best document layout designer in the world. But I felt like I needed to be that kind of designer, because that's what my training had told me I'd be the best at. So if you're feeling like maybe your interests lie elsewhere after you graduate, don't push those feelings aside.”

Point 5: Remember that the choices you make now aren't final. You have a whole career to build.

You aren't carving anything in stone when you take a job at a certain studio or in a certain environment. If something works for you, that's great, but if you find something isn't quite right, you can always try something different.

In next week's instalment, we'll detail a variety of tips and tricks for getting your foot in the door and having a successful job interview.

Looking for more post-grad advice? RGD Members have access to all of the recordings from Creative Directions and other professional development resources through the RGD's Video Archive.