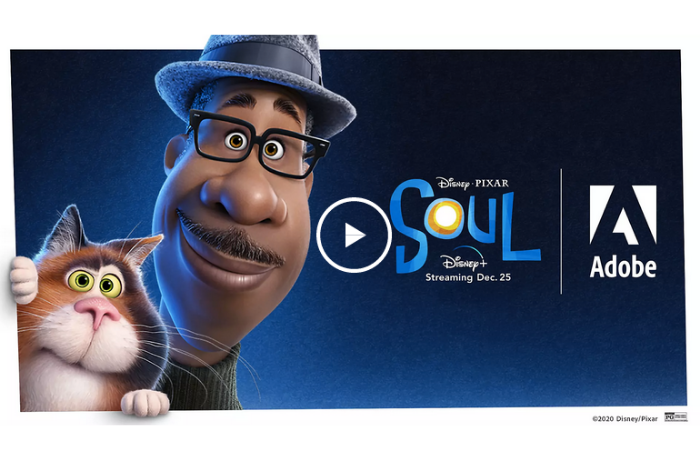 The RGD advocates against spec work and design contests, but not every case is straightforward. In their latest design challenge, Adobe, Disney and Pixar are asking creatives to design an album cover to celebrate the new movie Soul. The prize: $10,000. In our first instalment of Ethical Perspectives, we asked these senior design professionals to weigh in on this challenge and whether it's creative or exploitative.

Is it wrong that Adobe, Disney and Pixar are asking so many people to create something original, even though the prize is quite substantial? Or is it all right as something that's just for fun as a design challenge to stimulate creativity?

Adam Rallo RGD, Founder & Principal at Catalyst Workshop: Ordinarily, I am staunchly anti-contest, particularly ones where the contest-holder disproportionately benefits over the individual participants. However, in this case, I think it is important to note that Adobe is offering something of value to all participants: access and limited license to some genuine Disney Pixar assets. While this doesn’t interest me personally, this is something of value, and for some designers, they may value this so highly as to be worth the trade for their labour. Furthermore, participants need not submit anything to get access to these assets. And so individuals can also choose to download the assets, examine them, learn from them and give nothing back to Adobe, Disney or Pixar in return. From that perspective, I don’t believe that this falls under the purview of the type of predatory contests that the RGD has been fighting against.

Years ago one of my favourite bands, Radiohead, ran a similar contest asking participants to remix one of their songs. They provided access to the actual audio stems from a track on a Grammy award-winning album. For me personally, just getting access to those recorded stems offered disproportionate value, and I was able to learn a bit about professional mixing and mastering by looking at them. Perhaps some designers will find similar value in the Disney Pixar assets that Adobe is putting up for this contest.

Larry Burke, Principal at Burke+Burke Design: This is a tricky one. Usually, I would object to any organization asking professionals to create a design solution without compensation (speculative, exploitative). In this case, the solution is less about creating an actual solution for the commercial enterprise, but rather, a showcase of design work (using the organizer’s visual assets) as a demonstration of the design tools themselves. That being said, I’m against any activity which might encourage organizations to view contests as a way of garnering design solutions for free.

David Nuff RGD, Principal at Nuff: Not one for me—I'd rather put that effort into my own stuff—but I can't really find fault here. It's not like this is the only thing they're doing. Adobe run daily creative challenges, showcase work on their splash screens and provide plenty of room for people to create elsewhere. The stakes here feel a little too high...would it be better if they didn't announce any prizes, just said: "hey everybody, come create for the joy of it!" then surprised people with prizes later? They'd probably still get battered by the design community anyway!

Mel Sutjiadi RGD, Creative Director at Art Over Matter: I would encourage anyone who’s thinking of participating to read the official rules carefully prior to deciding. I would highlight #8–that by entering (whether you win or not), you are consenting to a release of your information and entry (including artwork) "for promotional purposes in any media, worldwide, in perpetuity [note: forever], without further payment or consideration.” But also noted in #5, that by using any of Disney’s Assets & Materials (which you are required to), you’re assigning to Disney "all rights worldwide into the Image for the duration of copyright [note: 70 years in US, 50 years in Canada] in the Image, in all formats and media known or unknown to date, including for use on Disney products and on third party sites and platforms." After understanding the rules, if a designer sees this contest as an opportunity to flex their design muscles, gain experience and exposure, and if they’re okay with giving up certain rights forever, then by all means, they should do what they feel comfortable with. I think it’s important for designers to make informed decisions in cases like these.

Greg Dubeau RGD, Freelance Graphic Designer and Design Instructor: Since the beginning of the global pandemic shut-down, Adobe Inc. saw their revenue grow by $9.4 billion largely due to increased membership fees to supply remote workers with creative cloud access. During a time when so many people have lost their jobs and livelihoods, Adobe Inc. has thrived because of the trust displayed by their loyal membership base. Stock market success is often the best PR there is, so why did Adobe Inc. feel it necessary to team up with Disney and Pixar to run a contest to crowd source creative? Why are three of our creative industries giants advocating for free work? They should be leading the charge in the opposite direction against spec work, instead of launching a marketing stunt that discredits the hard-working creative professionals that pay their monthly membership fees. Next time I hope they place a bit more introspection into co-branded marketing stunts instead of dangling a $10,000 carrot worth 0.00000001% of what they made from us during the most devastating year of our lives in recent memory.

Andrew Boardman RGD, Principal and Designer at Manoverboard: Adobe's latest "challenge" — asking designers to create an album cover for free — is an excellent demonstration of exactly how much Adobe cares about its customers. "Designers, use our products to 'get into your artistic zone' and create a cover for us that we might or might not use!" This is spec work, wrapped in pretty colours and disguised in corporate virtue signalling. In my opinion, Adobe should be called on the carpet for this by design associations.

Kathleen Maxwell RGD, Graphic Designer at York University: I think it's a fun exercise and I do take part in Adobe AI and AE creative exercises where an exchange happens (they often provide a mini lesson or tip), but what throws me off here is Disney's involvement and the release of the new movie with direct social promotion using the movie hashtag. Both Disney and Adobe will get thousands of entries, all for free, and not to mention the social clout (how much is all that advertising worth?). I don't think the prize amount matters: $100 or $10,000, it's still free design work.

Glenda Rissman RGD, Principal at q30 design inc.: Adobe makes their money, and plenty of it, off creative folks that use their software. You’d think that they would find a way to create a competition that would allow for proper compensation and not undermine the value of creativity of their own clients. Shame on Disney, Pixar... as designers, we count on these kinds of corporations to understand the value of good design. Are they offering the same conditions to lawyers to solve a legal problem? It’s the same old battle: being a creative is fun, so we should all want to do it for free. The only way to make this fair is to invite entries from young budding artists and designers under the age of 20. Unfortunately, I suspect they want a professional solution for $10,000, which by the way, is modest. The winner gets paid and everyone else essentially does spec work.

Julian Brown RGD, Owner, Creative Director at On the Chase! Motion Design: Adobe’s recent run of design contests definitely rubs me the wrong way. Big corporations like Adobe (and in this case, Disney) can advertise their stuff and foster “creativity for all” without asking others to work for free. No matter how you look at it, they are devaluing the design work that ultimately lets users pay for their software subscriptions. I believe it’s self-defeating at best. To designers who have the urge to enter: focus on donating your unpaid design time to a cause you believe in. Or, if creative expression is the goal, work on something that’s truly yours and not just someone else’s assets rearranged.

'Segun Olude, Graphic Designer at Mennonite Central Committee: Having given a lot of thought to this issue in the past, the process of selecting students for art programs is a kind of competition — the best portfolios win. Same for selecting candidates for projects or employment. It gets muddled when an organization, corporation or government agency puts up money in a competition to procure a design. That financial incentive changes everything. Suddenly, you have possibly hundreds of designers competing for one payout. Simply stated, 100 designers do the work, and only one gets paid. Everybody else goes home, empty-handed. How's that fair?

Stüssy Tschudin RGD, Principal at Forge Media + Design: They are getting many designers (and non-designers) to submit work; however, I'm not sure that I'm against this contest. They are not trying to by-pass paying a designer to do work (so it's not spec). They are trying to do social engagement, have lots of people use their product and, of course, indirectly promote the film. If a designer chooses to flex their creative muscles, this can be a fun exercise to create some artwork. We sometimes do these type of things internally with no real use for them, but I know the team enjoys working on something purely creative with no direct client to please.

Wendy Gray RGD, Creative Director & President at Gravity Inc.: So often contests are clearly a means of getting a lot for very little. In this case, Adobe and Pixar don't "need" to do this. While one participant will win the sizeable purse, others will get some exposure since entries are public, and they'll have a heck of a lot of fun working on something of such high profile. The ask is reasonable, one single album cover (not a whole whack of assets) and they are providing part of the creative by sharing graphic elements. Beats doing another jigsaw puzzle during a pandemic.

Chelsey Stuart-Duval RGD, Creative Lead & PR Coordinator & Social Media Director at ES Sports Inc. The Adobe contest is very much in a grey area as to whether it is spec or not, and as a creative company that fuels designers worldwide, I think they would be very aware of that. From what I can see, there doesn’t seem to be specific mention that the winning entry will be used on a physical product aside from being promoted across digital platforms. And so with that, coupled with them providing all original assets to be used for the cover, it can be viewed more as a “creative exercise” instead of a professional design brief. No matter what, the final prizes shouldn’t be considered when trying to decide if the contest is ethical or not. I think it should be the intention. So far the final artwork doesn’t look like it’ll be used on a for-profit product but seems like a fun campaign partnership with Pixar related to a film about freely expressing yourself creatively.

Thank you to our contributors:

With over 4,000 Members across Canada, the RGD is a place where professional designers share information, support and adhere to ethical best practices and advocate for a greater understanding of the value of design and effective processes for selecting and working with professional designers.

The RGD advocates against spec work and encourages Members and Non-Members to get in touch with the Association if they are asked to work for free. Find more of the RGD's ethics resources here.