What designers did you learn about in school? Angela Bains wants to expand the list 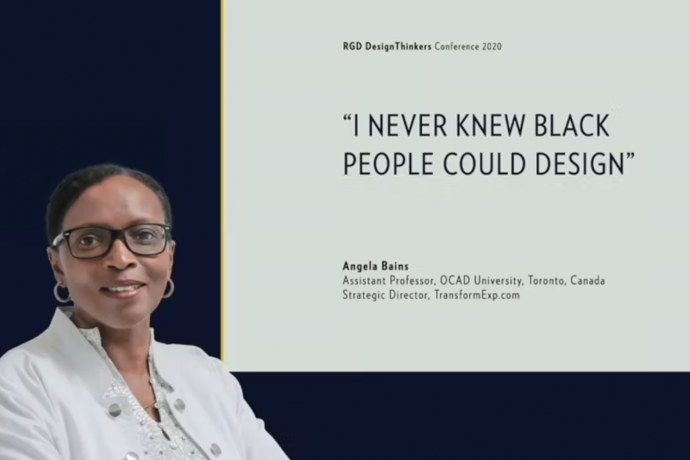 During the RGD’s DesignThinkers 2020 Virtual Conference, Angela Bains, a Black designer with 30 years of experience in the design industry, shared her views on decolonizing design education. She takes a unique approach teaching students about design; Angela highlights the work and stories of designers from around the world who the students might not learn about in a more Eurocentric design education.