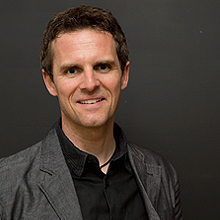 It is with disappointment that I inform RGD members and our community that the Canadian government has launched a contest for post-secondary design students to design the logo for the 150th anniversary of Confederation in 2017.

While RGD understands the sentiment behind wanting to highlight the skills of college-level student designers, this is not the appropriate process. It exploits students and undermines the value of all designers' work, while at the same time teaching them erroneous lessons about the process necessary to design effective communications.

As we did last year when it came to light that the Government of Canada had conducted focus groups to evaluate logos, RGD has written an official letter to the Canadian government to voice our concerns. We also appealed to the judges directly to inform them of the ethical issues surrounding the contest. The feedback has been encouraging, with one judge thanking us for our "constructive suggestions" and stating that they "believe strongly" in several of the ideas we brought forward and will do their best to "represent them" on our behalf. We have contacted multiple Canadian colleges and universities urging them not to promote this contest to their students, and our outreach has been met with approval from several.

We encourage members to sign the petition that GDC has created at  https://canada150.gdc.net/node/add/petition to collectively voice our position that the government work with us to ensure a logo design that the entire country can be proud of, achieved through a process that is fair, inclusive and that does not involve unnecessary cost to taxpayers.

We will keep you informed of our efforts.

I also encourage you to get in touch with our Executive Director, , with your thoughts and/or take to social media to raise awareness and voice your dissatisfaction.