'Rape is Not Love' Poster by Samantha Dirksen 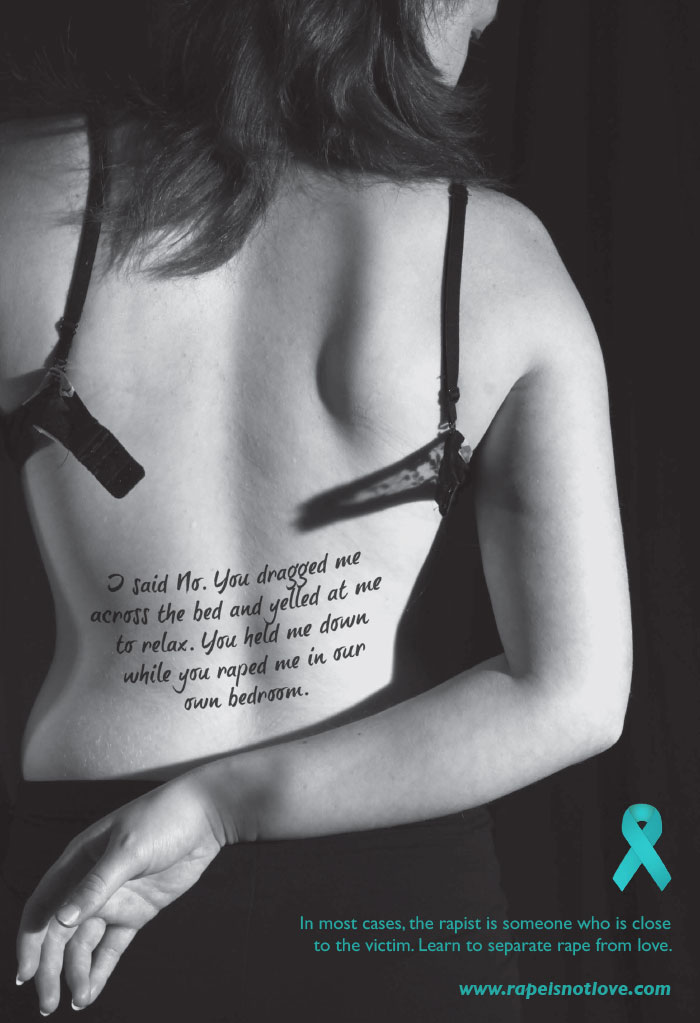 The objective of this school project was to design a poster that addressed a social issue of each student’s choosing. People are often ill-informed about the subject of rape. Many believe that a stranger typically carries out this crime, but most cases actually occur in relationships. This lack of understanding was Samantha Dirksen’s impetus for choosing this subject as the focus.

Taking a minimalist approach, the poster features a photograph of Samanta herself, as a way to give us someone to relate to. The lighting was adjusted to create a dramatic mood, while the imagery suggests a sense of violation and vulnerability – emotions felt by victims of rape. The impact of the message is heightened by the inclusion of Samantha’s own personal story, in the form of a tattoo on her back – reflecting how the effects of rape on its victims can be so permanent. As Samantha asserts, “If I can tell my story and educate people on the subject of rape, or help victims realize they don’t have to live in silence, I have fulfilled my objective.”