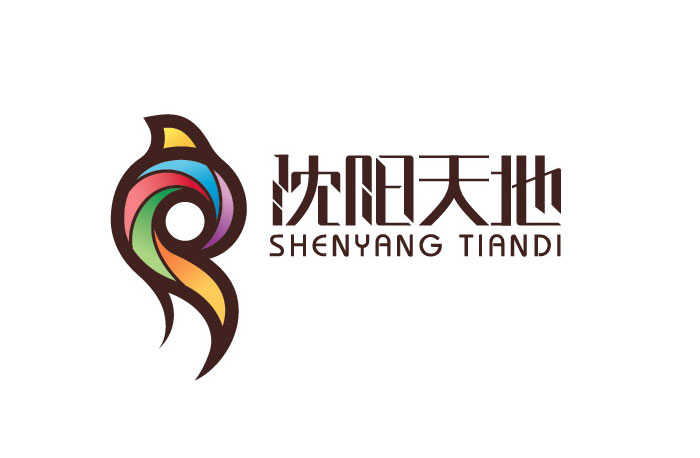 Each Tiandi is developed with the notion of preserving architectural elements and cultural aspects of the respective city to create a new lifestyle centre for locals and tourists alike.

An existing brand, previously developed for the residential phase of the project, was seen as inconsistent with its overall direction. As a result, the client wanted a strategic re-brand and re-positioning. Within the brief, there were several important stipulations. The brand needed to be an extension of the other ‘Tiandi’ projects, yet still have its own individual identity. The client wanted to keep the sun bird element developed as part of the residential branding. The project needed to have a connection to local culture yet also be infused with international flavour. The client wanted the identity to effectively differentiate the project from competitors. Deliverables included the visual identity, signage, website, hoarding for the site, advertising and a launch event strategy. 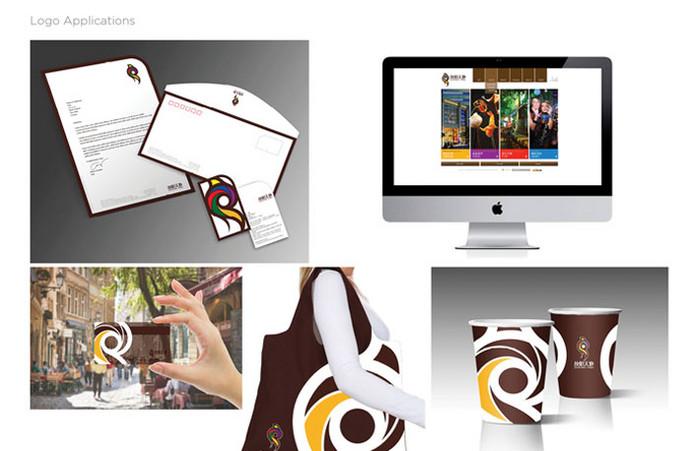 Potential commercial tenants and end consumers were identified as the targeted audiences for the project.

Going on two site visits to ShenYang helped me understand the cultural roots of this Northern Chinese city and identify many interesting facts about ShenYang. Historically it was the Qing Dynasty’s first capital; a wooden sun bird relic dating back to the Neolithic Age (7000 years ago) of the Xinle Tribe is still an important symbol for the city; there is a large influence of constructivist/Bauhaus ideals in many of the public artworks around the city due to its close proximity to Russia; it has been an important industrial centre in China since the 1930s.

Armed with much information and architectural renderings of ShenYang Tiandi, the main DNA of the project became evident. As the senior lead creative working with other designers and brand strategists, we developed a comprehensive brand that fuses opposing elements (industrial vs modern, inside vs outside, cultural history vs present) into an exciting visual language.

Starting off with the brand identity, inspiration came from the Bauhaus references of vivid colours and line stylization for the sun bird logo. A custom typeface was developed in conjunction with the icon to reflect the industrial relevance of the project. The resulting logo reflected the strong links of the project to the city’s industrial and cultural roots.

The hoarding design needed to be graphic and exciting as the first point of contact to potential commercial tenants and the public. Each panel used a stylized papercut incorporating a witty line of copy line that links back to the Tiandi concept along with a lifestyle image to convey excitement for the project. These visuals were then extended to the metro advertisements and print ads in local newspapers.

With a large skyroof providing light into the central plaza and interiors reminiscent of old Chinese lane ways fused with industrial touches, the idea of blurring inside and outside came to life in the launch visuals. Playing up on the concept of a giant snowglobe, the visuals invited consumers to participate in the Tiandi experience. As part of the launch strategy, we even presented the client with a large bubble-structure for staging a live event as an experiential extension of the printed visuals. 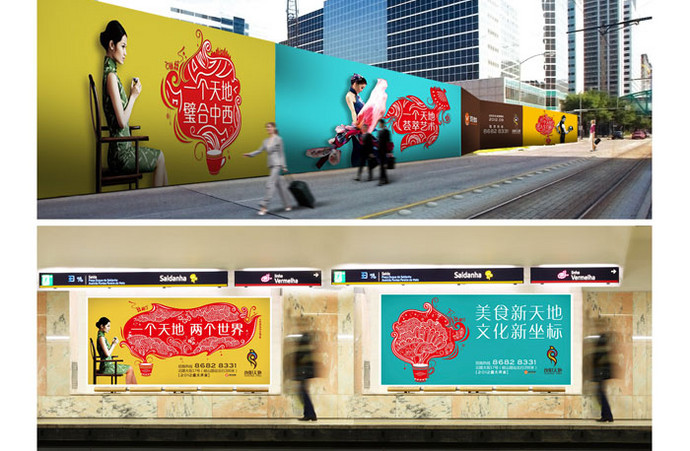 The new identity has boosted commercial rentals to over 80% occupancy and is generating significant buzz in the city. A soft launch is progressing for ShenYang Tiandi, with an official launch to occur within the year.

Some thoughts on working with brand strategists from Sandy Jakkavanrangsri RGD:

Having brand strategists on a creative team makes all the difference on the final outcome of a design.