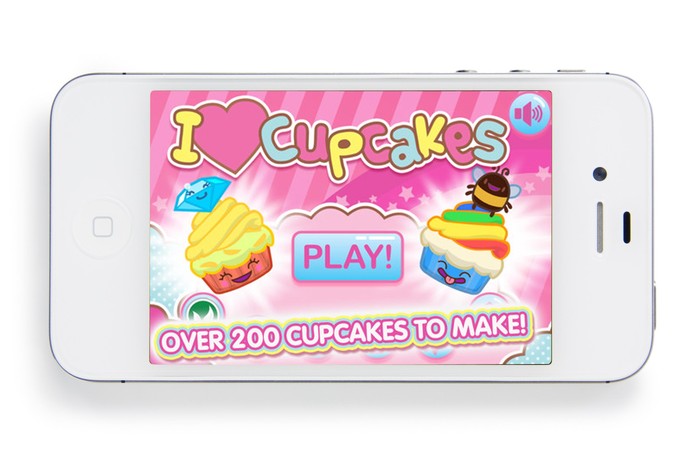 This was an internal project created by game development company Splashworks. Game enthusiasts often create their own projects, allowing for a great deal of creative freedom. Since designers aren't programmers and programmers aren't designers, collaboration is key for creating innovative and user-friendly apps.

My role as a user-interface designer was to think beyond aesthetics and focus on usability and information hierarchy. When creating buttons, icons and screens (such as 'Help' or 'Game Over'), the goal is always to make the experience as intuitive as possible. Generally players don't like to read a lot of text when learning to play a game, so it is important to present information graphically as much as possible. Using icons rather than text also helps combat any font issues or readability concerns with small screen sizes.

The Japanese term "Kawaii" can be translated to "cute".  It's a cultural style that uses bright colours and characters with large eyes and childlike features. Kawaii style permeates Japanese popular culture, influencing everything from product packaging to fashion.

When researching this project I was able to gather a variety of images online because of Kawaii's strong web presence. However, I always try to go beyond the web when doing research. Browsing in both magazine and comic stores helped me gain a broader understanding of the trend and provided fantastic inspiration for the project. Having previously traveled to Japan, I also had a collection of ephemera which related well and helped me to develop my ideas for this project.

After researching the theme, I created mood boards to help visualize Kawaii style. The boards helped me identify similar uses of pattern and colour, which could then be applied to our game in a unique way.

For projects like this one, it is especially important to think of how your design will work on a wide range of devices. For instance, a client may ask for a game to be created as an iPhone app. With the success of the iPhone app, they may want to also create an iPad app. These devices have different screen sizes and resolutions, which illustrates the importance of universal design.

It's important to consider if your design will still work when cropped for different screen sizes. To plan for this, it helps to create work in the largest format, using vector images for artwork whenever possible.

For an internal game, the process is really a 'labour of love', so the initial measurement of success is usually based on how much we enjoy the game. More scientifically, success is measured by the number of 'plays' and user comments. So far, the positive responses for this game have warranted the release of a second version.