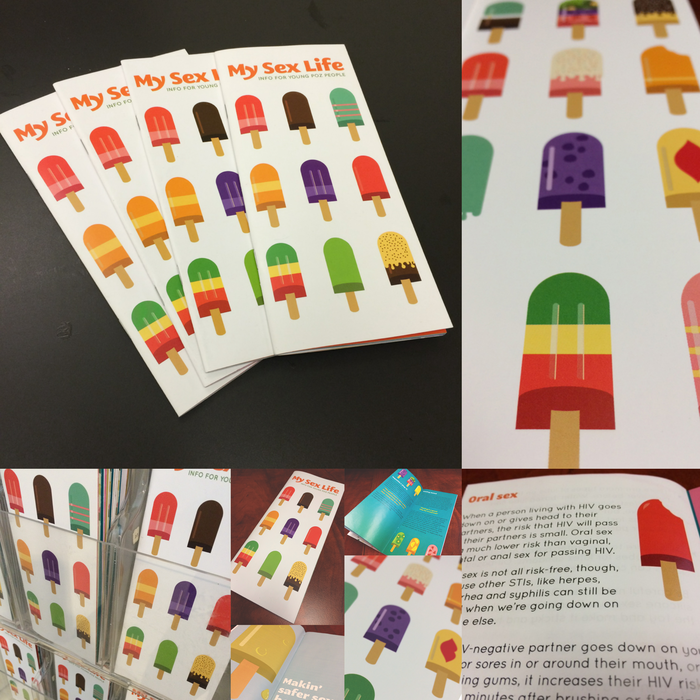 This project was selected as a winner in the Not-For-Profit Client-Initiated category of RGD's 2013 So(cial) Good Design Awards.

The AIDS Committee of Toronto (ACT) had created a version of this resource back in 2005 to support its Positive Youth Outreach (PYO) program with the aim of providing practical information on safer sex, self-esteem and relationships to young people living with HIV. ACT and CATIE (a national organization that distributes information on HIV and Hep C) came together sometime in 2012 to update the resource with plans to develop a French-language version and distribute it nationally.