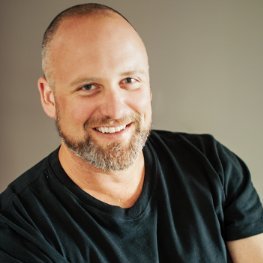 Art Director of Carve Design in London ON Jesse Gibb RGD shares a simple design solution and the key to a more efficient, effective and headache-free creative process.

It might be held together with bits of tape and pure luck, but when you’re working on projects that are going to be printed, the mockup is a crucial piece in your problem-solving journey. Where web projects give you an opportunity to test and change what you create, print work is a lot less flexible. A mockup is a sales tool, a money saver, a cure for future headaches. It is, quite simply, your best nerdy design friend. If you don’t make mockups in your print design process, you should start. Right now.

The idea for this article came from a conversation I had with a specialty finisher a couple of years ago. It was our first meeting, and I showed up with mockups for every part of the project we needed to discuss. I believe it was fifteen pieces in total - from the business cards to the custom envelopes to the little hang tags for hand-written prices. He was blown away. He proceeded to tell me that designers, especially young designers not long out of school, were usually content with sending a PDF and hoping for the best. I was blown away.

Through my career it has become clear to me that the only way to really understand how a project will work is to make a mockup. It was the only way to understand that half of my awesome label designs wouldn’t actually be visible when placed on a cylindrical bottle on a shelf next to another cylindrical bottle. It was the only way to see how the copy I’d so carefully placed on a complicated box design would actually be upside down once that box was assembled. Sure, those things might be discovered in pre-press or by the chain of command in a bigger agency, but as a solo design shop mockups saved my bacon (and my pride) many, many times.

At first I used those crude versions of mockups held together by luck and bits of tape, but over the years they’ve become much more sophisticated. As my approach has evolved, I’ve realized that, apart from just making sure your copy is the right way up, a good mockup can sell your idea better than anything else.

Carve recently worked on a project that involved a product sample binder for a rather large, innovative company. Our mockup for the project made the rounds in a series of Voice of Customer meetings and feedback loops and came back to us many weeks later, a little worse for wear, but still intact. It had been marked up extensively and had clearly passed through many sets of hands, doing exactly what it was meant to do. It revealed issues and concerns that no one had considered before, it got people thinking hard and it started conversations that a PDF could never have inspired. Ultimately, it sold the idea.

According to Derek Emerson of Flash Reproductions:

“We create mockups for all but the simplest of projects. They give clients a chance to visualize the piece and make revisions early in the process rather than on press, which is when changes become costly. Our customers often create their own mockups as well and bring them to us prior to the proofing stage to get our input on how to best run the piece. This provides an opportunity to fine tune our approach and processes, often resulting in a superior piece in the end. Perhaps it's due to the fact that Flash often collaborates on complex, higher-end pieces that require special design and production considerations, but we find mockups to be very valuable tools in achieving the tactile qualities our customers strive for.”

This was nice to hear, and also brings up a good point: get your printer involved in the process early and take advantage of their specialized knowledge and experience. Hell, they’ll probably even make the mockup for you if you ask nicely!

So, what to take away from this pontification? Mockup your stuff of course, but also don’t wait until your project is nearly done. Mockup your ideas early. You’ll understand your project much more deeply; you'll be able to refine your designs in more meaningful ways and, ultimately, you'll end up with a better result.

As a short postscript - the tools we use in our studio are relatively inexpensive and pretty effective - a Canon ix6820 printer that can take 13” wide sheets and print on a good variety of heavy stock, a precision utility knife, a big cutting mat, a bone folder or scoring tool, a big steel ruler and a whole whack of double-sided tape.