Hear From 25 International Creatives at DesignThinkers 2014 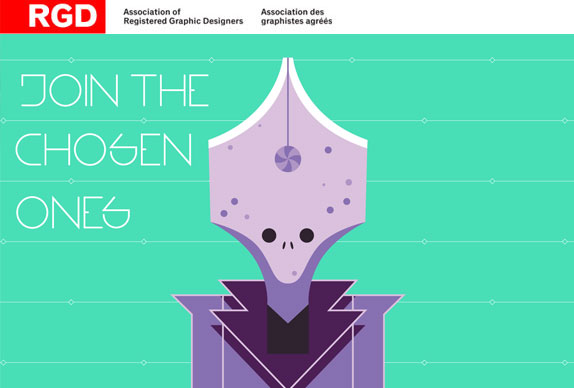 TORONTO, CANADA, August 18, 2014 – On November 6 and 7, Toronto will be flooded with 2,000 creative professionals from across Canada and around the world attending the 15th annual DesignThinkers Conference, hosted by the Association of Registered Graphic Designers (RGD).

DesignThinkers is Canada’s premier conference for communication designers and strategists, advertisers and brand managers who believe that design is critical to effective, memorable communication and marketing.

"I am always amazed at how many high profile creatives come to DesignThinkers,” says RGD President Stüssy Tschudin. “Not only is it Canada's biggest design event of the year, but as a result of the speaker line-up, it receives international acclaim. It is an occasion to be inspired, energized and encouraged to push creative communications to new heights."

The campaign for this year's conference, developed by TAXI with illustration by Andrew Kolb, is premised upon 'The Awakening'. Designers are descendants of an extra-terrestrial race that must evolve in our ever-changing world or be rendered obsolete. DesignThinkers 2014 will be a mass reprogramming of minds drawn from out-of-this-world inspiration. A teaser video for the event may be viewed on Vimeo here.

PRESS PASSES: Free registration is available to credentialed representatives of the press and professional bloggers.