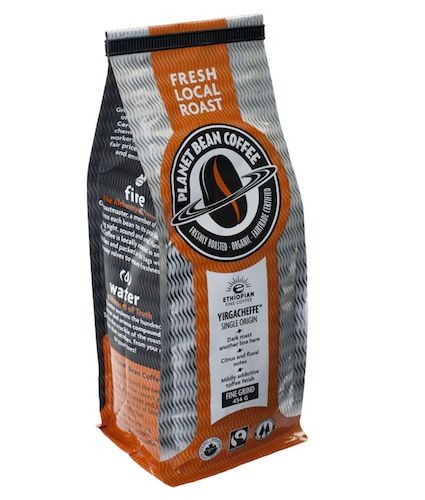 Planet Bean Coffee is a coffee roastery based in Guelph, Ontario. They have three coffee houses and sell their coffee wholesale to about 200 retail, office and foodservice customers in Southern Ontario. Owned by a worker co-operative, the organization is Fairtrade certified (and has been since before it was trendy), certified organic in all aspects of coffee operations and active in the community, promoting environmental and social justice initiatives.