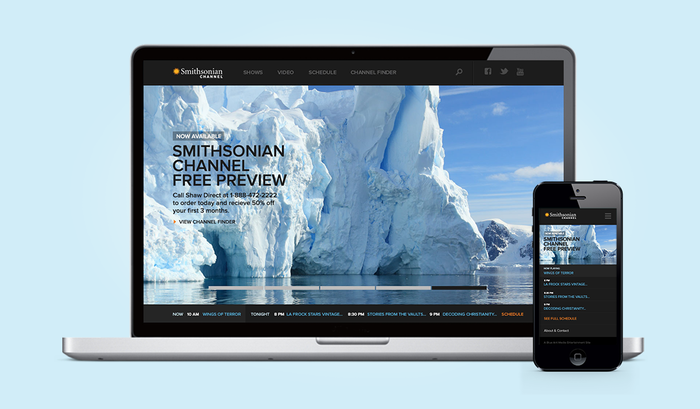 The Smithsonian consists of 19 museums and galleries as well as the National Zoological Park and nine research facilities based out of Washington DC. To build on the institution's established reputation in the United States, this project asked us to introduce some of the Smithsonian's programming to Canada with a responsive website design for the Smithsonian Channel.

With programming spanning air and space, science, nature, history and pop culture, the subscription-based channel is part of the larger Smithsonian network which focuses on the diffusion of knowledge through commercial-free programming.