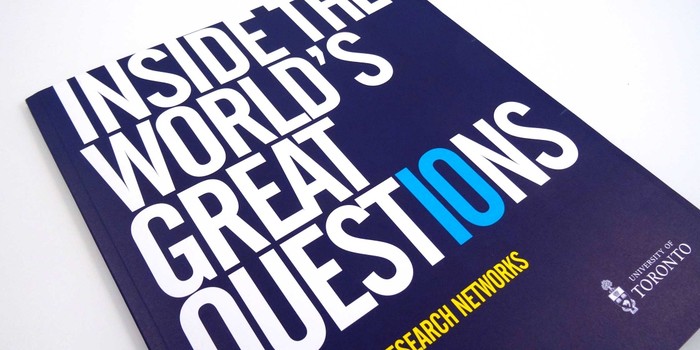 Image: 'Inside the World's Great Questions' publication for the University of Toronto designed by Hambly & Woolley, recipient of CASE District II Accolades awards.

Frank Chartrand RGD and Terrie Barksey Prov RGD announce the closure of Bureau and their move to Los Angeles to pursue opportunities at Edenspiekermann and Rareview.

David Brown RGD and the team at Mindshape helped the Town of Oakville win the Award of Excellence at the 2015 International Economic Development Council (IEDC) Annual Conference for their 2014 Annual Report.

Ian Chalmers RGD, Iffat Jokhio RGD and the team at Pivot Design Group shared an article on the future of Service Design, design for a cardiovascular disease research project and more in their latest newsletter issue of The Pivot Point.