Why is Rod Nash an RGD? 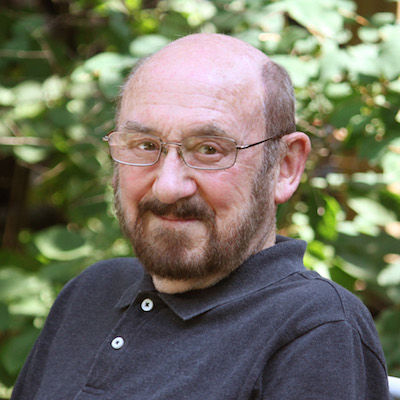 Rod Nash, Principal at Nash+Nash, recalls his journey as a graphic designer and notes the opportunities RGD provides that he wishes were available in his earlier years. Rod is one of the founders of RGD.

In the early 1960s, when some of my fellow art school students and I first started working, we got jobs in the studios of large international advertising agencies in downtown Melbourne, Australia. We were fanatical about our work. Almost all we talked about was the work each of us was doing. Back then, the term 'graphic design' was new in Australia. We were fortunate to have had great art teachers; in particular one very charismatic teacher, a designer who was very enthusiastic about many of the changes taking place in design, internationally. His passion convinced us that our education had positioned us to be on the cusp of a new and exciting visual movement coming out of the US, the UK...and Canada too.

We really believed if businesses in Melbourne could be convinced to embrace design in ways they had never done before, those businesses would prosper, and it would prove the value and potential of the work that excited us so much. As young designers, we soon learned such convincing took work. Not only did the work need to produce “great" design solutions, but also it took work, empathy and diplomacy to be effective at convincing “our bosses” that things could be done differently. Enthusiasm helped. Fortunately, some of us had creative directors as bosses who nurtured and embraced our enthusiasm; creative directors who were able to convince the agency’s national clients to use design in areas and ways the clients had never done before.

But we also realized that if the perceived value of design and designers was to be more broadly accepted, it couldn’t be done one design project at a time. Individual designers working on their own had an uphill battle trying to make a real difference. Creatives in advertising and design needed to work together better to collectively promote the value of their profession to the advertising and design industry itself – and also the world beyond that. Melbourne had started an Advertising and Design Club (MADC) in 1955. But we felt it could do better.

This became clear to me at my going away party before I left Australia in 1966. I had decided to leave Melbourne and experience what was happening in design in the US and Canada. A Canada which, by-the-way, had then become a Mecca for designers from around the world. Designers who were attracted by the great design they saw coming out of Canada.

So, when I arrived at the restaurant for my going away party, I couldn’t believe it. There were a dozen or more creative directors from Melbourne’s top agencies. I found out the real reason for my “going away party” was because these people needed an excuse to get together, and I was it. I found it thrilling being in on their conversations and ideas about what could happen, including changes to the MADC. I was hooked. And I still am.

Design is changing faster than ever, which increasingly opens opportunities for forward thinking young designers - designers who can make real change by using design in ways previously unheard of. But there is a difference in Canada today from when I came here. Students and emerging professionals: if you have ideas for improving the profession, or innovative ideas about design that could make a difference, I think you really do have a better opportunity than we had to express those ideas. And see them flourish. Why? Because one of the most successful design organizations has your back.

RGD has specific committees of students and newly professional designers. It has student representatives and young professionals just starting out on its Board of Directors, and they have a vote. The other directors really listen to what these young designers have to say. This willingness to listen and be open to new ideas is just one of the reasons RGD has been so successful.

I value an organization that continually evolves to help our profession so profoundly. It’s why I remain excited to work with such a wonderfully dedicated group of people. It’s why I am an RGD.