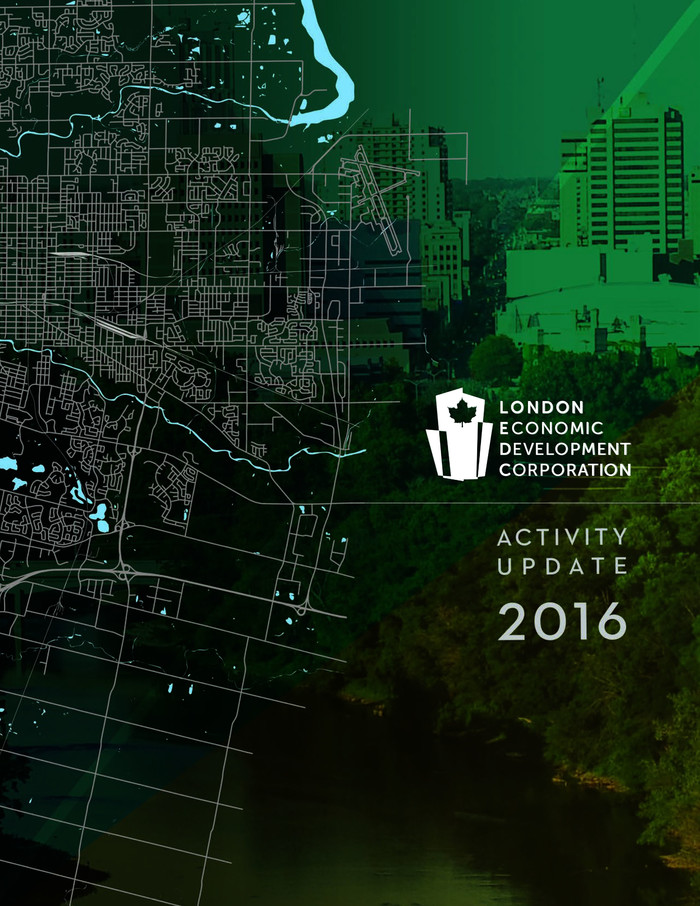 Since 2013, the London Economic Development Corporation (LEDC) has been producing an Annual Report to inform its board members, stakeholders and partners of LEDC activities and their impact on the London, Ontario economy.

Metrics are gathered through rigorous research and collaboration with Statistics Canada, the City of London, LEDC staff and other relevant sources. The complex data is communicated using colourful charts, bold infographics and images in line with LEDC’s corporate branding. The document exists in PDF format that is distributed to board members, and lives virtually on LEDC’s ‘About’ webpage. It provides a visual, tangible, and shareable platform for measuring and communicating LEDC’s efforts while comparing key performance indicators to years past.