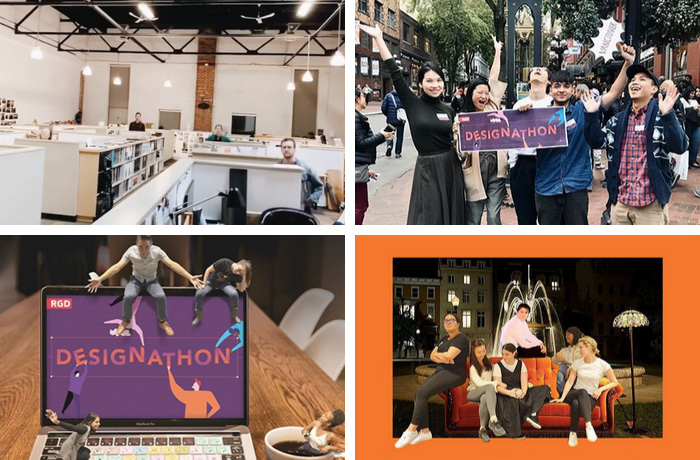 At RGD's fifth Designathon on September 28, emerging designers worked on real-life projects for non-profit organizations. As a break from their hard work, and in an effort to win free tickets to DesignThinkers, we asked that they share creative team photos!
Archive
Tags