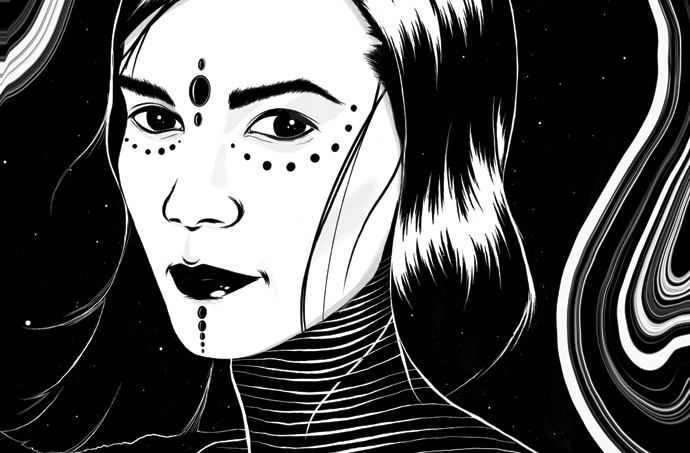 The design community remembers Emma McAllister RGD Emeritus who passed away in late 2019.

In loving memory of Emma McAllister who was 35 years old. Emma passed away suddenly at home on November 25th. Cherished and loved daughter of Debbie and Jamie McAllister. Sister to Krystina, Karrie Kotyluk, Owen Lamarche and Tannis Mercer. She will be sadly missed by many aunts and uncles. Louise Hunda, Danny Dupuis, Jim Dupuis and Judy Dupuis. At the time of Emma's passing she was raising money for cure S.M.A.

We’ve collected thoughts from the community below. If you knew Emma and would like to add your memories of her to this page of tributes, please email . We will also be posting to social media shortly, where we also welcome your contributions.

"I first met Emma when she was studying design at Cambrian College in Sudbury. In a short time, I would come to appreciate her thoughtfulness, her insights and her deep commitment to the ethical practice of design. Over the years, she served on RGD’s Student Committee, Provisional Committee, Accessibility Committee and Ethics Committee. And, after successfully completing RGD’s Certification Process, she would become RGD’s Vice President of Ethics where she was instrumental in the rewriting of our Rules of Professional Conduct. These now form the basis for our new joint Code of Ethics document with the GDC and SDGQ. This is an “official” rundown of her most evident contributions to our organization, but it only scratches the service of what she truly contributed to RGD and it doesn’t in any way express what she meant to me personally. She was a valued friend who taught me about philosophy, politics, identity and even hockey and super-heroes. Over my 20 years with the organization, RGD has always been made up of design professionals who care. They care about their community; they share their knowledge and time; they contribute to making our organization more relevant and meaningful for designers across Canada. Emma is one of many RGD Members who have touched me over the years through their commitment, creativity and passion for design. Emma, though, was truly exceptional and her influence and intellect reached far beyond the design community. She left design to pursue philosophy and was hoping to do her Master’s Degree sometime in the near future. In this particularly challenging and scary time, I feel her loss ever more acutely. And I am not alone."

“Emma has become part of RGD’s DNA. Her passion was clear. And she challenged us with her passion. All of us who worked with her felt her influence, enjoyed her humour and appreciated her often uniquely creative solutions. Thirty-five years may seem like a short life but I believe Emma’s life was big. As were the lasting gifts she gave to RGD.”
- Rod Nash RGD Emeritus, former Creative Director, Nash + Nash

"I met Emma McAllister in 2003 when she was a student in my design class. I soon knew that she was going to be a challenge in the classroom, but not because of anything to do with physical or medical impairments. Emma was a challenge to teach because she lived to question everything. She pushed those around her to try harder, be smarter and to make your words count— faculty included. She loved to debate everything from longstanding design principles to world politics and of course, when if ever, our Leafs would drink from the Stanley Cup. If you were fortunate enough to know Emma, you became a little more informed, a little less self important and much wiser for the experience. Her passing has left us all to deal with with significant loss. The design community has lost an exceptional professional, the academic world has lost a consummate thinker and I have lost a role model and very dear friend."

"Emma constantly pushed and challenged the norm. Nothing was black or white with her, but fascinating shades of grey. Her love of design, typography, philosophy, science and magic made her an atypical kinda gal who loved to make you question the world around you. May she live forever in another multiverse."

"I was deeply saddened by the news of the passing of a brilliantly talented student, esteemed colleague and friend, Emma McAllister. Throughout a brief but remarkable life, she faced seemingly insurmountable odds, yet triumphed despite debilitating health challenges. She was a motivating force to all those who had the privilege of calling her a friend. Some of my deepest and most fulfilling conversations were had with Emma… whether creative in nature, purely existential or debating Leafs vs. Habs. Rest in great peace, dear friend".

I only met Emma a couple of years ago, yet I can’t seem to quantify what she meant to me in words.
I met Emma as a research participant and we connected almost immediately. Within a short period of time, she became one of my closest friends and confidants. The more I got to know her, the more I realized how immense her contributions to the RGD had been. There is an impressive list of official contributions under her former name, but the invisible fingerprint left from her beautiful brain can be seen throughout the organization, far beyond those official contributions.
If there ever was such a thing as a “Designer-Philosopher,” Emma McAllister embodied it. She was brilliant and infuriating in the way that only truly brilliant people can be. Oh how she could argue. When I found out that Emma had passed away, I had no fewer than three unfinished emails addressed to her in my drafts folder. All of them were carefully researched rebuttals in our multiple ongoing debates. None of them were good enough to send her way yet.
I understood Emma in the way that we all think we understand a person when they remind us of ourselves, which isn't to say we understand them at all, but to say that they make us feel understood. With Emma gone, I feel a little more alone in the world.
Emma left the practice of design because the industry and its requisite tools could not accommodate her physical condition. I am hopeful that we can continue to transform our industry so that the practice of design is accessible to every designer, regardless of physical functional disability.
If you wanted to know more about Emma, I’d encourage you to read the last piece she had published, titled “Aristophanes’ Orphans: A Disabled Trans Woman Surveys the Grey Zone Between Love and Fetish.” It’s an intensely personal piece and re-reading it is as close a I can get to basking in Emma’s fierce intellect and fearless honesty.
- Adam Rallo RGD, Creative Director & Principal, Catalyst Workshop Inc.

"I first met Emma as a student in the Graphic Design program at Cambrian College. Having graduated several years before me, I looked up to her as a pioneer of the program. There was something about her presence, her unapologetic personality that instantly made her a respectable figure in my eyes. Later on, Emma moved into our office in Downtown Sudbury and that’s where I got to know her more personally. I learned just how passionate and determined she was as a person. It was clear that Emma was a deep individual. Many profound philosophical discussions were had in that tiny office on Elm Street while she was around. She was highly ethical and always pushed us as young professionals to know our worth, stand up for ourselves and hold our position when needed. She always held our feet to the fire and for that I am thankful. In a society where correctness is expected, Emma did not fear pushing the envelope. Her bluntness and honesty were refreshing and needed".

"Emma was an incredible person who gave freely of her time and energy for the various causes and people she felt strongly for. She was the founding President of the Sudbury Design Society, a non-profit organization which through her leadership has successfully run various events in Sudbury to help raise the awareness of design locally. Her passion for improving the design industry in Sudbury has helped shape it into a welcoming environment for all designers. Her legacy will live on in all the people that she has mentored over the years as well as the initiatives she was a part of".

- Meggan Van Harten RGD, Principal Designer, Design de Plume
"I'll remember Emma as a collaborator, designer, mentor and a friend. Her commitment to fully dedicate herself to her pursuits was admirable and the design community in Sudbury is forever indebted to her for contributing to our cause; as a professor at Cambrian, a Board Member at RGD and founding president of the SDS. Emma taught me that humans are deeper than their surface and that we can be multifaceted—that you can be a designer, philosopher, Nine Inch Nails and Leafs fan all at once. I loved that about her. I'm so grateful we got to cross paths and had the opportunity to work together. Thank you Emma."
- Frank Bach, Lead Product Designer, Headspace
"Emma made a considerable impact on the Sudbury community and the design industry as a whole. She contributed great things locally and had significant impacts on growing awareness and support for good design as a founding member of the Sudbury Design Society. She championed the start-up, was the driver of incorporation and worked tirelessly to provide networking, professional development, advocacy and transparency for everyone with an interest in the Sudbury design community. Emma was a truly amazing individual that made a big impact with her talent, drive and the relationships she created. She will be truly missed, but her legacy will live on through the amazing things she did and the impression she left on others." --- Alex J. Gagnon, SDS Director
”To me, Emma was the most over qualified person I’d ever met. I’d met Emma initially through the Cambrian graphic design program but truly feel lucky to have worked with her on a passion project years later which allowed for us to sit & talk for hours. She had such brilliant wit & at the same time, the ability to be most candidly RAW with anyone. Her love for debate was strong & being the intellect she was, engaging her could be rather intimidating. No matter the circumstance, Emma was one to converse with understanding rather than mockery. She wasn’t afraid to showcase opinions that may have been rather controversial but I believe I enjoyed that most about her & trust she was only well intentioned, her strongest battle being in favour of freedom of speech. I still feel the curious pull to go looking for her latest status on Facebook or Twitter. If I’d learned anything about her, it was that she wished others could view her for her beauty rather than her intellect, but if I’m being honest, her intellect was what I found most beautiful about her. I can confidently say, I wish I had had more time to learn from her".
- Tennille Heinonen, Co-owner, Flofoto Photography
"Three things come to mind when I think of Emma:
1. Her life and what she did with it was anything but ordinary. She, in my mind, was the antithesis of ordinary. I'd like to think that would make her smile.
2. She looked for meaning everywhere. Whether it was in philosophy, art, film, literature or music, she was diligent at finding something meaningful in every form. From the cosmos to comedy- her wisdom was always present.
3. Last but not least, I wouldn't do her justice if I didn't recognize her honesty, that a few could really appreciate. To speak and act with purpose was a natural gift she had.
These three traits of Emma's are what I'll miss most about her irreplaceable personality. She exhibited these principles not just by speaking about them but by acting them out and by doing so, Emma taught everyone that knew her how to be a little more curious and a little more courageous."
- Medina Krluch, Freelance Graphic Designer
Archive
Tags